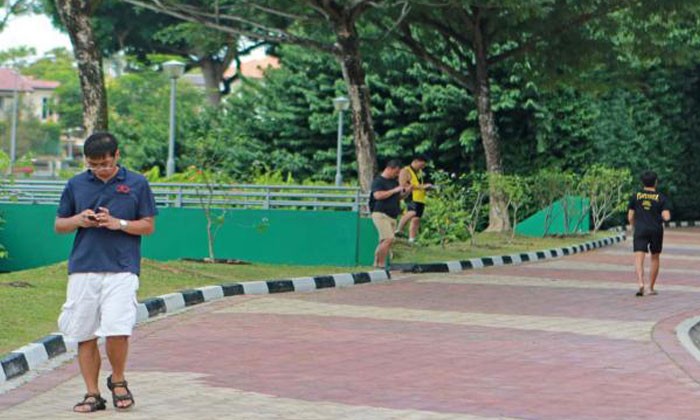 Please leave the sensitive areas in Singapore's nature reserves alone, the authorities here have asked of the developers of the popular Pokemon Go mobile game.

The National Parks Board (NParks) has asked that Pokestops - the game's virtual pitstops found in real-world locations - be removed from off-limit areas of three nature reserves here.

"This is to avoid situations of Pokemon Go players walking off trails while playing the game, inadvertently trampling the vegetation, disturbing wildlife and causing damage to the environment, and endangering themselves," said Wong Tuan Wah, NParks' group director for conservation.

They are located in off-limit areas where people should not be venturing into in the first place. Under the Parks and Trees Act, it is an offence to enter any part of a nature reserve except through designated trails.

NParks had appealed to Niantic, the developer of the game, to have the Pokestops removed in August when the game was launched here.

But a check by The Straits Times yesterday showed they were still there.

Players of the game visit the Pokestops in Singapore's nature reserves, usually located at places of interest or landmarks, to obtain items such as Pokeballs which can be used to catch virtual monsters called Pokemon.

A Niantic spokesman said: "We cannot confirm the status of removal requests for specific Pokestop and gym locations in Pokemon Go, but are moving quickly to review and address all such requests."

Pokemon Go players interviewed said it was a good idea to remove the Pokestops from nature reserves.

Customer service officer Ryan Logarta, 39, said: "They shouldn't be in protected areas. Pokemon can be caught in public areas anyway."

T.S. Teo, 54, said the move could help protect individuals too. "There are no designated trails in there and people could get lost."