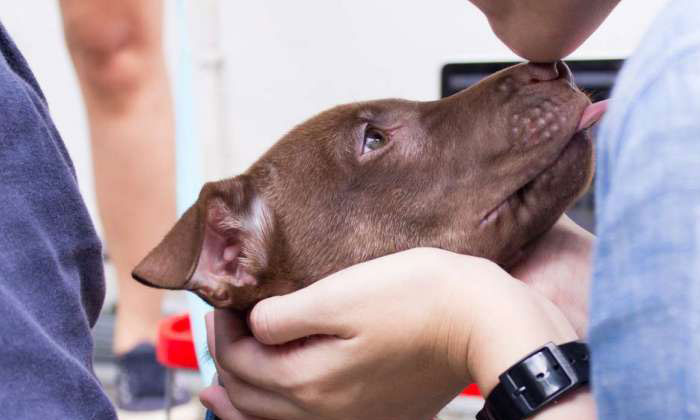 SINGAPORE - Free snuggles from puppies delivered to your doorstep sound like a cuddly treat. But netizens have slammed the inaugural event by ride-hailing service Uber and animal welfare group SOSD Singapore, with some likening the initiative to "prostitution".

Uber and SOSD, previously known as Save Our Street Dogs, announced the initiative on Tuesday (Dec 6), to some negative reactions from animal lovers who were worried about the dogs' welfare.

The event, which takes place on Friday (Dec 9), invites Uber customers to request a visit from shelter puppies by tapping the "Puppies" card at the bottom of the smartphone app between 1pm and 5pm.

If successful, each customer will meet two puppies and have 15 minutes of snuggling time with the pups.

The islandwide initiative is free, although shelter representatives will be present with donation boxes during the puppy visits.

But not all are excited about it. Facebook user Geoffrey Tang commented on SOSD's FB page that the puppies would be "traumatised".

Another netizen, Xue Yun W, added that pets are "not for fun and especially not a tool for marketing gimmicks".

"I'm sure there are better ways to better encourage adoption other than prostitution of the puppies, SOSD," she wrote.

In a response to the criticism, SOSD said in a Facebook post on Wednesday (Dec 7) that it selected dogs "very carefully for the UberPuppies event, making sure that only the puppies who enjoy human interaction participate".

"In addition, one experienced volunteer from the rehoming team is assigned to each puppy, to make sure they are not stressed," said SOSD. "If they show signs of stress, they will be removed and brought back to the shelter or foster homes."

Dr Jaipal Singh Gill, executive director at the Society for the Prevention of Cruelty to Animals (SPCA), told The Straits Times that animal welfare groups often take animals out to meet the public to raise awareness of adoption while trying to find them good homes.

"As with any activity involving animals, there are potential stressors and it is thus important that the animals are accompanied by handlers who are able to recognise any signs of stress, and take steps to protect the animal's welfare if required," he said.

The Straits Times has reached out to the Agri-Food and Veterinary Authority (AVA) for comment.