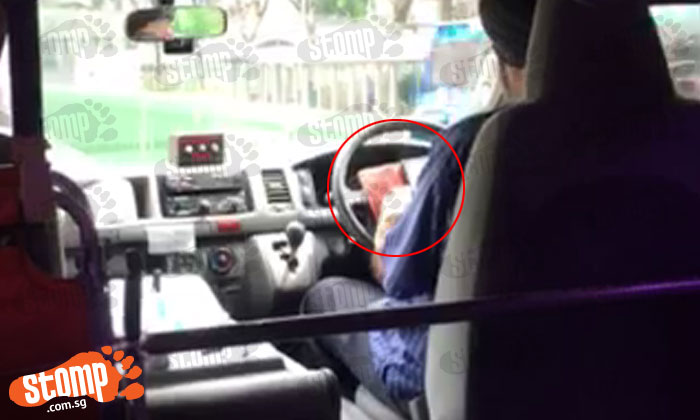 Stomper Kelvin was appalled at an ambulance driver's reckless driving while transporting his mother from Singapore General Hospital to Alexandra Hospital today (June 24).

The Stomper said that he saw the driver texting on his phone while driving and that they had almost met with an accident.

"I confronted him about it and he stopped for a while but continued driving recklessly, swerving in and out of lanes.

"When we reached Alexandra Hospital, I took photos of the ambulance after my mother had been attended to by the hospital staff.

"The driver then unapologetically wound down the window and asked me, 'Why, just now you scared ah?'

"I replied, 'Yes, you were texting, you weren't safe.'

"I could not believe his attitude."

Kelvin said that he complained to the hospital about him but was told that the ambulance was not under them.

They appeared to have given feedback to the ambulance company, however, when the Stomper received a call from the driver's manager.

"His manager called me and told me that they had talked with the driver and that they would possibly be implementing a two day suspension.

"I have reported this and hope that the traffic police can do something about it."