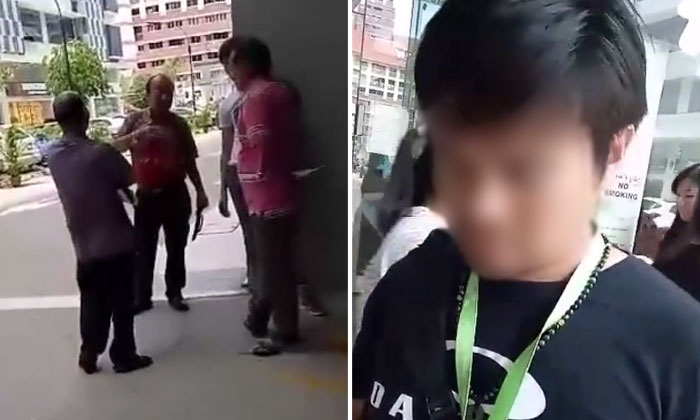 If you get caught red-handed committing an offence by authorities, chances are you would accept your punishment without much fuss and move on.

One guy however had other ideas.

A dude got fined by NEA officers for smoking in a sheltered walkway, but still had the cheek to film and 'act smart' with them.

In the video the man recorded that was published on Facebook by All Singapore Stuff, an NEA officer can first be seen speaking patiently to the him, requesting him to stop filming. The man however, refused to do so.

The NEA officer then went ahead to inform him he has been fined before explaining why action was being taken against him.

In the middle of the video, the man walked up to the NEA officer's colleagues a few metres away and started talking to them rudely like a 'chao ah beng'.

The officers however, did not stoop to the man's level and maintained their composure.

In a caption accompanying the video, the man claimed that the officers were rude when they approached him.

Based on what happened however, it seems like he was the only one making a big fuss when he was clearly in the wrong.