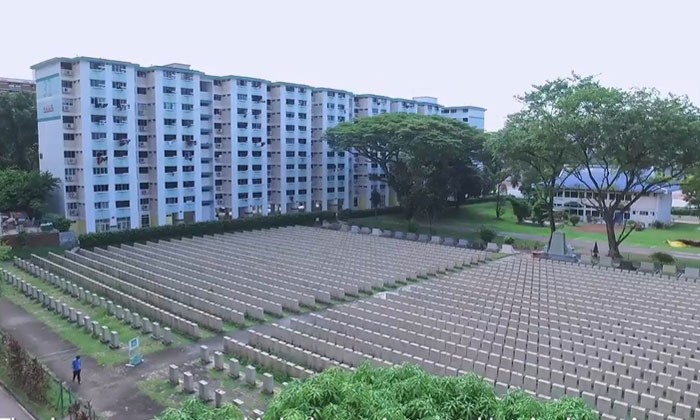 Surrounded by Housing Board flats and a MRT track, Shuang Long Shan Cemetery has been the only constant in Holland Close since the late 1960s.

Unchanged since its graves were re-interred from a bigger graveyard that covered 40ha in the Ghim Moh area, the now smaller cemetery for the Hakka community - about the size of 2½ football fields - has completed half of its 99-year lease.

"There is a lot of traffic right next to it. A lot of cars. But once you step inside, you cannot hear anything from the outside," says the 86-year-old.

Mr Loh hopes that more effort would be put in to beautify and maintain the uniform rows of tombstones in order for it to further stand the test of time.

In the third episode of Living City, The Straits Times Video takes a walk among the tombstones.

Related Stories
What happened to maid who discovered employer's disturbing fetish will seriously give you the creeps
Want to 'lepak' with friends at night? You may want to re-think that after watching this
cemetery
grave
unusual
interesting
HDB
Queenstown