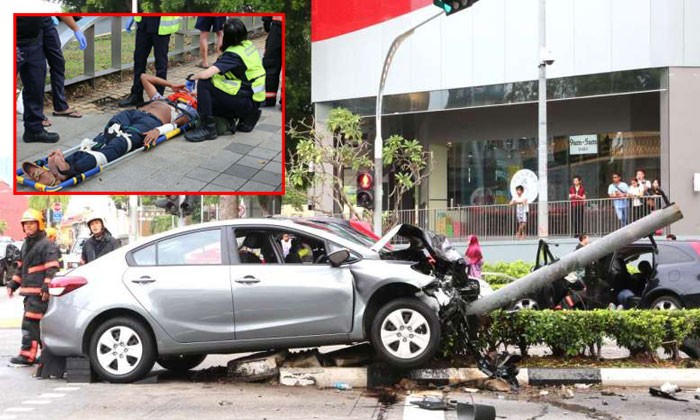 Eight people were injured in a serious car crash at the junction of Jalan Sultan and Victoria Street on Sunday (Dec 11) morning.

The Singapore Civil Defence Force (SCDF) said it was alerted to the accident at about 8.15am.

Seven people were taken to Tan Tock Seng Hospital and one to Singapore General Hospital.

Four are understood to be seriously injured.

Photos in Lianhe Wanbao showed a grey car that had crashed into a traffic light, and a black MPV that was badly damaged.

It is understood that the eight people injured include one pedestrian, the driver of the grey car and six passengers, also from the grey car.

The pedestrian is believed to be a 71-year-old woman.

One of the cars was travelling on Victoria Street while the other was on Jalan Sultan when the accident happened.  It is understood that the grey car hit the right side of the black car at the junction.

After the impact, one of the cars then hit the pedestrian.