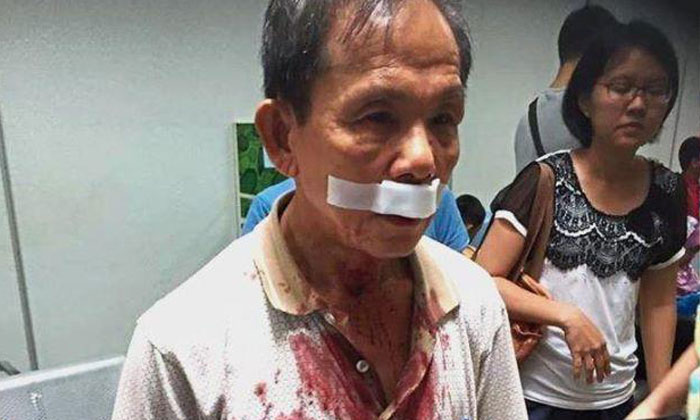 A 75-year-old man in Malaysia was punched by a driver for making a quick U-turn.

According to The Star via AsiaOne, Khoo Boon Khang made a sudden U-turn along Jalan Abdul Rahman and a driver who could not stop in time hit his car from behind.

The driver then got down his vehicle and punched Khoo in the face.

The elderly victim required 20 stitches to close the wound.

His friend, who declined to be named, said he was passing by the area when he saw Khoo, whose white T-shirt was covered in blood, talking to the other driver at about 9am yesterday (Nov 27).

"I was shocked to see the bloodstains on his shirt and immediately approached him. I initially thought that he was injured during a car accident," he said.

Said a Police spokesperson: "The police have detained a male suspect in his 40s to assist with the investigation."

Related Stories
23-year-old man arrested after slashing incident at Orchard Plaza
Another shocking attack caught on camera: Man gets whacked by pole as he tries to defend himself and plead for mercy
dispute
assault
attack
Malaysia