72-year-old woman falls and hits her head after car speeds past her: "I'm fortunate to be alive" 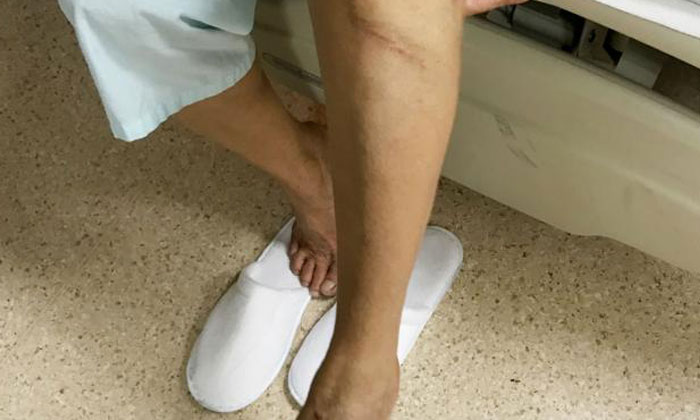 She was crossing the road at a pedestrian crossing on Jalan Sultan when a car shot past her.

With her head bandaged, Madam Ang told Chinese language newspaper Lianhe Wanbao at Tan Tock Seng Hospital (TTSH) that she was fortunate to be alive.

"Had I been one step quicker, I would have been dead," she said.

The cleaner was among the eight people injured when a grey sedan crashed into a black MPV at the junction of Jalan Sultan and Victoria Street just before 8.15am on Sunday.

The sedan also crashed into a traffic light as the MPV skidded out of control before ending up on the second lane of Victoria Street, in front of Hotel Boss, reported The Straits Times.

Madam Ang, who lives alone, was on her way home from the market.

She told Wanbao that she had barely taken two steps onto the traffic light crossing when the car zoomed past, narrowly missing her.

"I was so shocked that I fell backwards and hit my head, which developed a bump. I was in so much pain that it took me five minutes to get up," she said.

Madam Ang said a female passer-by helped her to get up.

She did not suffer any serious injuries and will have an X-ray today to determine if she can be discharged.

She said she did not blame the driver and even asked about his condition.

Six others with injuries were taken to TTSH and one was taken to Singapore General Hospital.