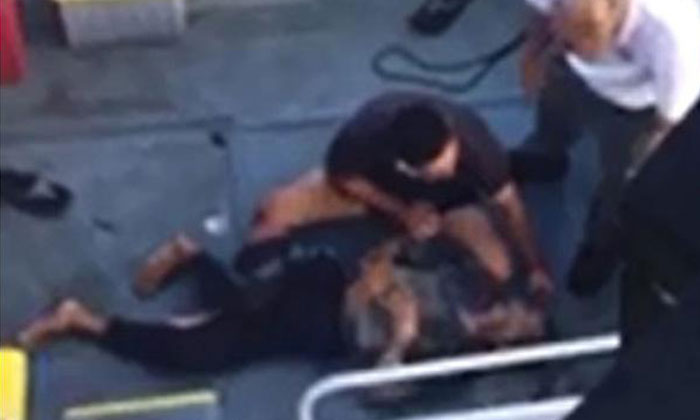 Lawyer N. Srinivasan, 49, was taking a walk along Punggol Point Jetty on Sunday morning when he witnessed a dramatic collision between a small fishing boat and an Outward Bound School (OBS) boat.

The impact caused the fishing boat to flip in the air and overturn. The 70-year-old boatman, Mr Toh Kia See, who was seated at the back of the vessel at that time, was flung overboard, Mr Srinivasan told The Straits Times yesterday.

Mr Srinivasan, who said he has an interest in boats, was observing the OBS boat as it arrived at the jetty at about 7am to drop off a few staff members.

"As (the OBS boat) was going back to Pulau Ubin, it started to speed and, a few seconds later, it hit the back of the fishing boat, crashing directly into the boatman," he said.

"The fishing boat flew up and it came down, and the boatman couldn't be found. At that point, I thought he was dead."

Mr Toh was later taken to Changi General Hospital, where he remains warded in the surgical intensive care unit.

He suffered fractures to his head and hip bone, and possible injuries to his spine and ribcage, said Mr Srinivasan, who visited him in the hospital on Tuesday.

"His condition looked serious. He was conscious, but he couldn't talk or move," he said, adding that Mr Toh had to be put on a ventilator as he had breathing difficulties.

The Maritime and Port Authority of Singapore yesterday said it was notified of the accident at about 7.20am on Sunday and its vessel was sent to the scene immediately to carry out investigations.

A spokesman for the National Youth Council (NYC) said that staff from OBS had rescued the boatman and provided immediate first aid. OBS is a division under the council.

In a statement yesterday, a council spokesman said it is in close contact with the boatman's family to offer "any assistance to support them".

The spokesman said: "NYC and OBS take a serious view of operational safety and are working with the relevant authorities to ensure a thorough investigation."

Mr Srinivasan said the OBS boatman, who looked to be his 30s, had pulled into the jetty earlier, about 3m away from him. He left soon after and no one else was on board the boat at that time.

When he saw the two boats collide about 20m away from the jetty later, Mr Srinivasan's first instinct was to alert the Police Coast Guard nearby.

Mr Toh was brought back to the shore lying on the back of the OBS boat and groaning in pain, he said. The OBS boatman suffered cuts on his knees.

Mr Srinivasan said he made the trip to the hospital on Tuesday hoping to give the family his account of the incident, saying: "The truth must be told."

He added: "He's a superman to survive this."