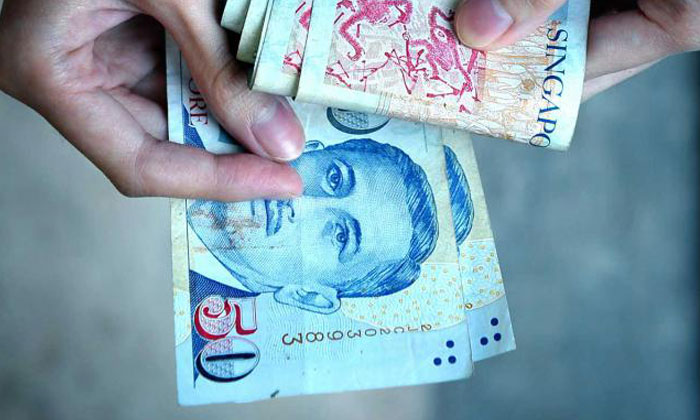 An elderly woman said she lost $88,000 of her savings after two people allegedly preyed on her respect for authority.

The woman, 66, who asked not to be named, said she had lent money to her friend of more than 30 years, Kuah Wing Piau, a retiree in his 70s, and his friend, Lee Jun Sheng, on three separate occasions in June last year.

She said Mr Lee had claimed to be the "grandson" of businessman and philanthropist Lee Kong Chian and to have "ties" with the family of Prime Minister Lee Hsien Loong and the Ministry of Defence.

The woman, a former storekeeper, and Mr Kuah used to be colleagues but she had not heard from him for some time.

In April last year, he contacted her and said he would like one of her children to write his biography.

He called her late at night, almost daily, supposedly to chat.

In June last year, he asked her for a cash loan of $35,000 for his minimart business.

She declined at first but eventually agreed, thinking he would repay the loan in a week.

When she went to a bank to pass Mr Kuah the money, she was introduced to his friend, Mr Lee, whose age and occupation she did not know.

Mr Kuah allegedly told her that Mr Lee was close to the Prime Minister.

A week later, Mr Lee asked to borrow $28,000 for a court case, claiming he was being sued for negligence.

The woman was approached for a loan for the third time just a week later, this time for $25,000, for Mr Kuah to pay his minimart debts.

The duo did not return the money but the woman did not go to the police at first as she feared Mr Lee's supposed connections.

Her younger daughter, K. Y. Ho, 39, a businesswoman, said: "I could feel my mother's fear. The older generation had grown up learning to respect the Government and the authorities.

"They are also more scared of them."

The elderly woman overcame her fears to make a police report last October.

The family recently approached The Straits Times to publicise the incident, saying they wanted to warn the public to be more cautious about people claiming to have government ties.

The elderly woman said of Mr Kuah: "I trusted him as a friend and I believed his friend would not run away as he had all these connections."

When The Straits Times called Mr Kuah last week, he said: "I will return the money as soon as I get it."