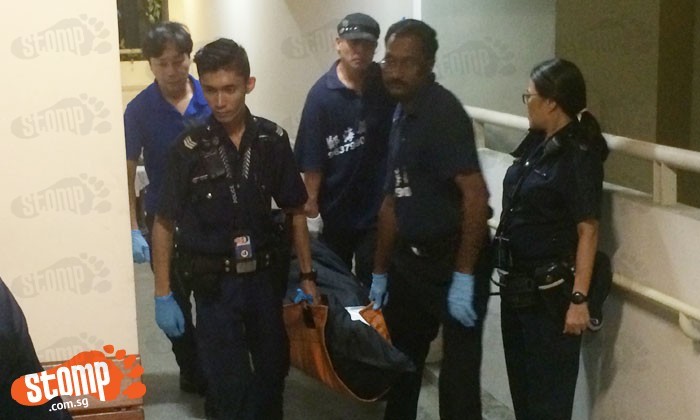 A 60-year-old man was pronounced dead by paramedics in a HDB unit at Block 152B Bishan Street 11 yesterday (Sep 24) at around 9pm.

The Stomp Team rushed to the scene after receiving a call from the police at about 11pm.

Stomp understands that neighbours around the unit had heard loud noises prior to the man's death.

A resident living in a unit one level above also said that he has heard quarreling for the past few days.

When the Stomp Team arrived at the HDB block, a section of the corridor outside the scene of the incident had been cordoned off by Police.

"Police received a call on Sep 24 at about 8.20pm requesting for assistance at Block 152B Bishan Street 11.

"Upon arrival, a 60-year-old man was found lying motionless in a unit at the said location.

"He was pronounced dead by paramedics at the scene at around 9pm."

A 25-year-old man has been arrested in relation to the incident. Stomp understands that he is the son of the deceased.

The 60-year-old was believed to have been found in the living room of the HDB unit without any visible injuries.