6 employees sacked for playing Pokemon Go during work in Malaysia 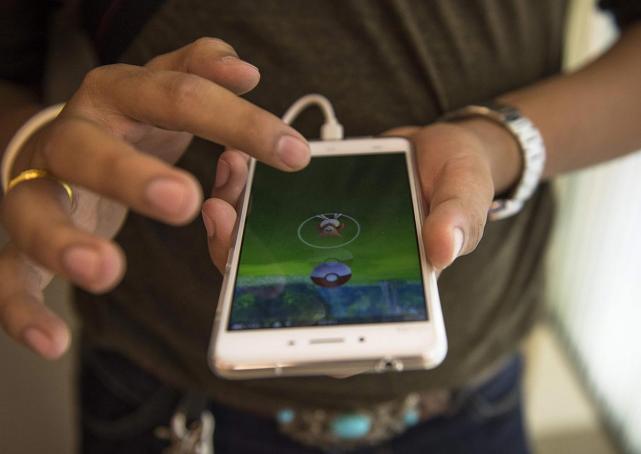 It has fired up gamers all over Malaysia, but now, Pokémon Go has led to some being fired.

The game has proven to be a huge hit here, but it is game over for some who persistently played it during working hours.

Six employers have dismissed workers for playing the popular location-based game while at work, reveals a survey by the Malaysian Employers Federation (MEF).

MEF executive director Datuk Shamsuddin Bardan says the poll on the impact of the game on workers was taken among 150 employers in various sectors.

"Based on our preliminary findings, six employers, or 4 per cent of the 150 companies, admitted that workers who indulged too much in the game have been dismissed," he tells Sunday Star.

Other actions taken by employers included advising employees against playing the game during work hours, issuing warning letters and imposing suspensions from work without pay.

The survey also shows that employers are taking a strong stance against the game with 95 per cent of the respondents saying they do not allow employees to access the app at work.

"Some 96 per cent also prohibit workers from using the company e-mail address to sign up for the game," Shamsuddin says.

The survey found that 25 per cent of bosses have caught employees playing the game during work hours.

“Some 11 per cent of employers also claim that their workers are taking a longer lunch break because of the game,” he says, adding that 50 per cent of poll participants were from the manufacturing sector while the rest were from other industries.

Employers are also taking it a step further, with 54 per cent wanting to request that game developer Niantic Labs remove PokéStops and Gyms near their offices or work place. PokéStops are spots for players to replenish game items while PokéGyms are where players can go to battle and train their monsters.

The popular game, which requires players to move around in real life to catch not-so-real 'pocket monsters', or Pokémon, has been received with open arms by Malaysians since its launch on Aug 6 here.

As it continues to “level up” on popularity, the game has spawned a culture of people walking around in search of cyber monsters in their homes, parks, workplaces, commercial areas and even places of worship.

But the addictive, augmented reality game is worrying the MEF to that employees will not be giving their best at work.

Shamsuddin says 5 per cent of employers also found their workers to be breaching the company’s restricted areas to catch the monsters in the game.

However, on the flip side, some 19 per cent of employers in the survey — including those in the food and beverage industry — found that the game is good for business.

"Most employers are still trying to assess the situation. It is too early for us to set a standard policy for all employers on Pokémon Go," says Shamsuddin.

He says while the hype about the game has fizzled out compared to when it was first launched, employers should adopt a stand that discourages employees from playing on work premises so that it will not affect work performance.

"Employers should be professional too and strict warnings should been given to the errant worker. But if they refuse to adapt to company policy after that, then a dismissal sounds completely fair," he says.

Syafiq Nizar says extending lunch hours for any reason is also unprofessional and it is best to keep any recreational activities outside working hours.

A company executive who wants to be known only as Jean, 31, says employers have every right to ban their employees from playing the game.

“Some companies have even banned their workers from going on Facebook.

“However, a dismissal is only fair if the employee has been warned that it is against company policy. They shouldn’t fire at the first shot,” she says.

Another Pokémon Go player, known only as Simon, says his enjoyment of the game would be affected if employers started removing PokéStops.

“It is a bit too severe to fire someone just for playing the game. The overall work performance of that person should be considered,” he adds.

Related Stories
Think you can do better? Here are the top 3 excuses employees can give to play Pokemon Go at work
Pokemon Go hype hits Ngee Ann Poly -- with a twist
What aspiring 'trainers' should take note of after Pokemon Go is launched in S'pore
More About:
Malaysia
worker
Pokemon GO
pokemon