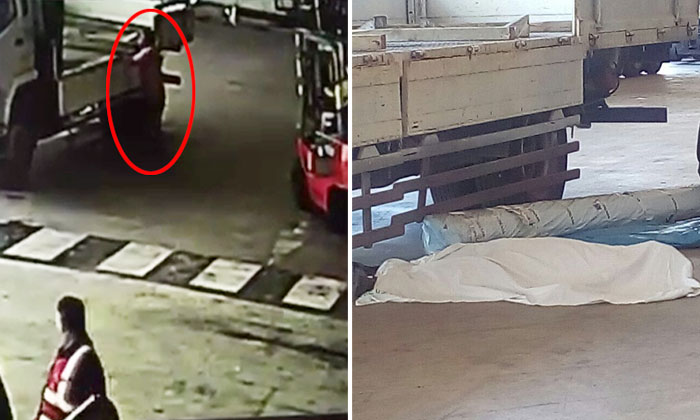 A 54-year-old man died after a heavy cylindrical object fell on top of him at a warehouse in 52 Tanjong Penjuru yesterday (May 9).

Stompers John, Joseph and Edwin alerted Stomp to videos and photos circulating online of the incident.

In the video, the man is seen alighting a lorry and preparing it to be loaded with the object.

Another man operating a forklift lifting the object approaches the lorry when suddenly the object falls on the man.

Other workers nearby quickly rushed to the man while the man operating the forklift maneuvered the vehicle to lift the object off him.

In response to Stomp queries, a police spokesperson said:

"The 54-year-old man was pronounced dead by paramedics at the scene.

"SCDF was alerted to an incident requiring ambulance assistance at 52 Tanjong Penjuru at around 10.40am yesterday.

"A man in his 50s was pronounced dead at the scene by paramedics."