5 killings in 2 weeks in S'pore: Police say offenders will 'face the full brunt of the law' 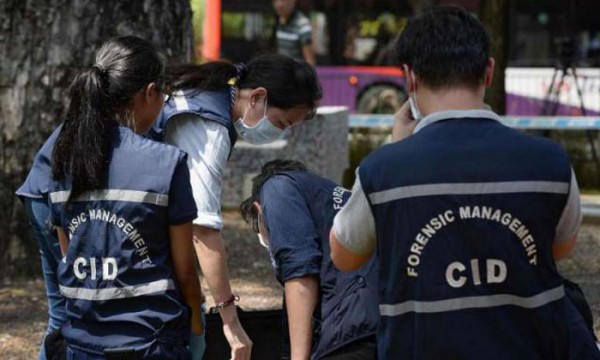 In the wake of the recent spate of killings, Deputy Commissioner of Police for investigations and intelligence Tan Chye Hee has said the police will spare no effort to trace the offenders. He added that the police are committed to keeping Singapore safe and offenders will "face the full brunt of the law".

On Wednesday night, the remains of Ms Cui Yajie were found at a densely forested area in Lim Chu Kang Lane 8. The police had been led to the grisly scene by 48-year-old Leslie Khoo Kwee Hock, who was charged with her murder on Thursday (July 21).

Over the last two weeks, there have been four other alleged killings.

On Tuesday (July 19), 47-year-old Thennarasu Karupiah was charged with the murder of a 55-year-old Arokiasamy Paul Rajoo in a Boat Quay pub on July 13. Thennarasu allegedly committed the crime at about 5am at Taj Mahal Bollywood Music Lounge.

Mr Arokiasamy was taken unconscious to hospital, where he died three days later. Thennarasu was arrested on Monday (July 18).

Last Monday (July 11), 42-year-old Chua Meng Guan died after being stabbed outside a Jalan Besar pub. Mr Chua had challenged his assailant to a fight before a scuffle broke out outside the pub and the hostel next to it, according to witnesses.

He was later found on the floor, bleeding profusely from wounds in his chest, where he had been stabbed with a knife.

On July 9, a 52-year-old man was found motionless on the road at Geylang Lorong 23. He was pronounced dead by paramedics at 8.11am.

The helper at a zi char stall had a deep cut from the left side of his ear to the top of his head. A wooden stick and a bloodied knife were found at the scene. A 64-year-old man has been arrested in relation to the case.

Also on July 9, Mr Shawn Ignatius Rodrigues, 26, a former Republic Polytechnic student was found dead outside a flat at Block 279 in Yishun.

The 20-year-old suspect allegedly tied Mr Rodrigues' wrists and ankles before hitting him outside a stairwell on the sixth floor. Mr Rodrigues was pronounced dead by paramedics at the scene. The suspect was arrested.