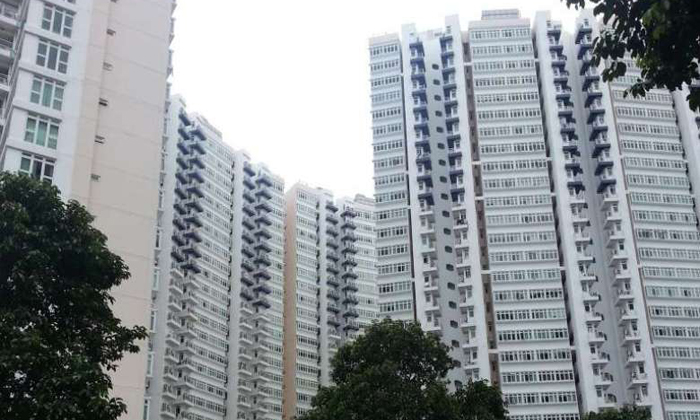 A 48-year-old cleaner who was drenched in a sudden downpour earlier this year removed his rubber shoes and put on a pair of slippers, a coroner's court heard.

But, shortly after, while he was walking down an unsheltered sloped ramp at Costa Del Sol condominium in Bayshore Road, Mr Shamsudin Ahmad slipped and fell backwards, hitting the back of his head.

"There is no basis to suspect foul play in the death of Mr Shamsudin. He had changed into his own pair of slippers... after being drenched in the rain.

"He had then taken his fateful steps on the ramp. The slippers did not provide an adequate grip on the ramp, which was subsequently assessed to be liable to become slippery when wet," said Mr Bay.

"While Mr Shamsudin's fall has arisen from a number of factors, including the downpour and the manner of the ramp's design and construction, his unfortunate choice of inadequate and unsafe footwear undoubtedly played a major role," the coroner added.

Pointing to the findings he made for a similar accident in August last year - that of Swissbake employee Shella Lee Shin Shin - Mr Bay said: "I will reiterate again that workers must conscientiously adhere to a practice of wearing safety footwear in a work area to avert accidents, or mitigate the risk of injury or death".

Ms Lee, 39, a retail and merchandising operations manager, had slipped and fallen backwards on an oily and wet floor and hit her head. She was wearing her own shoes with soles that were worn out, instead of safety shoes, in the baking area.

Mr Shamsudin was sweeping the playground area at Costa Del Sol condominium on the morning of Feb 7 when it suddenly rained heavily.

He was completely drenched.

After changing into a pair of slippers, he started to clean the swimming pool area. But he slipped and fell while walking down an unsheltered sloped ramp near the condominium function room.

When asked if he had drank alcohol the night before, Mr Shamsudin, who had alcohol dependence, told his supervisor that he did.

He was taken to hospital semi-conscious and found to have bleeding in his head. He underwent urgent surgery, but his condition continued to worsen and he died four days later.

Ministry of Manpower investigators carried out slip resistance analyses on the ramp which he fell on and found a high risk of slipping when it was wet. Externally placed ramps are required to have low slip ratings when wet.

While Mr Shamsudin had reportedly drank alcohol the night before, it is uncertain if this contributed to the fall.