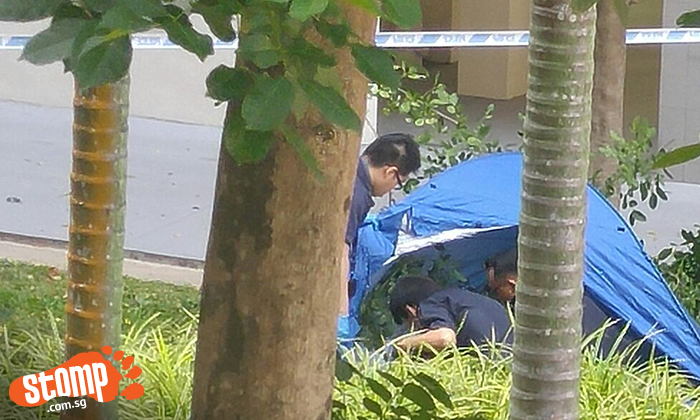 Stomper Sam was sitting at a nearby coffee shop when he saw two ambulances and a police car move past.

"It seemed like a big incident and I thought I should go check it out."

He then spotted the death tent and two police officers with shields nearby.

"A 40-year-old was found motionless at the foot of said block."

"He was pronounced dead by the paramedics at the scene."

This is apparently the second death in the same vicinity in two months.