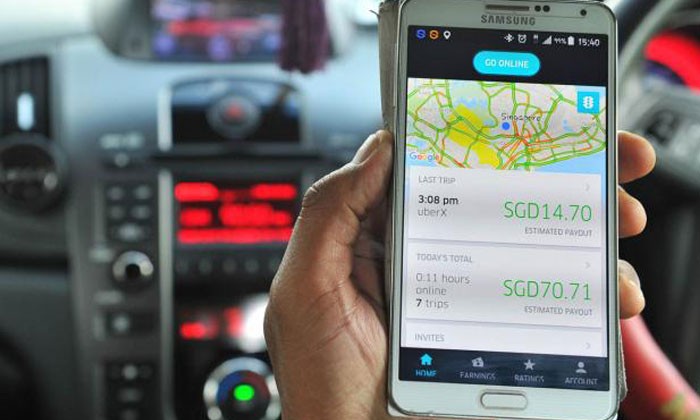 A man has disappeared with the Toyota Vios sedan he leased from a car rental firm, which he was supposed to use to ferry passengers in his service as a driver-partner of Uber, Shin Min Daily News reported.

Cases of hired cars not returned and not duly paid for are common in Singapore but one connected to the multinational transportation company which nets passengers through its smartphone app is apparently rare, noted the Chinese evening daily.

The car was leased eight weeks ago to the 38-year-old hirer with the understanding that he was working for Uber.

A hiring fee of $455 was to be deducted every week from his income paid into his account by Uber in the next three months.

However, in the ensuing weeks, the car rental firm had never been able to collect the full amount.

Three weeks ago, the man went missing with the car and has not been contactable since.

The amount of fees he owes has grown to $2,225 to date, Mr Ng, owner of the car rental firm, told Shin Min.

According to Mr Ng, his firm had taken a chance with the hirer from day one, as it had to waive the requirement that he pay at least $500 in advance for extended leasing.

"I kindly allowed him to pay only $100 as he claimed he did not have enough money," added Mr Ng.

However, in the first week, the man apparently did not generate enough income to cover the fee and fell short by $187 in payment.

"Although he seemed to have been working, the fees he owes just kept piling up," said Mr Ng.

"The last time we communicated with him was on Sept 24, when he promised to pay up," said the owner.

After his disappearance, the firm's staff visited his home in Sengkang but did not find him there.

His neighbours told Shin Min the door of the rented HDB unit was always closed.

The firm has reported the case to the police. On Sunday, it stuck pages of the report, with the man's photo affixed, onto the door of his home, in hopes of forcing him out of hiding.

But lawyer Tan Hee Joek told Shin Min the move might constitute harassment and is chargeable under the law.

"We are not loan shark," said Mr Ng, pointing out that he has to pay for the car's instalment and insurance fees.

"If you really are not able to pay up, we can arrange for a monthly repayment.

"But please at least return us the car," pleaded Mr Ng.