313@Somerset fire: Kudos to Hai Di Lao staff for being selfless and calm while evacuating diners 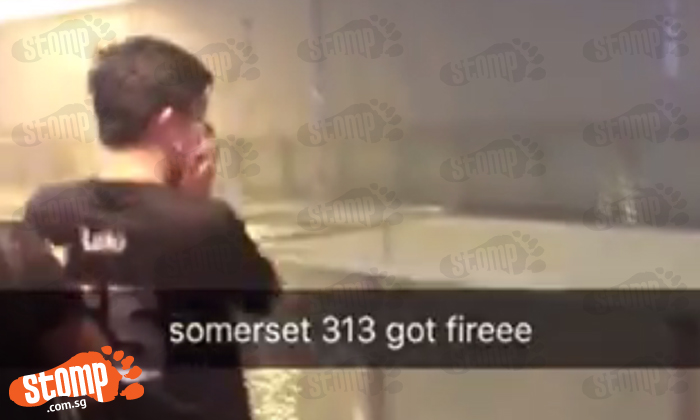 "We are pleased to update that 313@somerset will open at 1.30pm today, 16 December 2016, following the completion of the testing, clean up and rectification works due to a fire incident that closed the mall.  We are working closely with the authorities to investigate the cause of the incident. We are thankful of the support and patience of our retailers and shoppers and would like to apologise for the inconvenience caused."

In the midst of a chaos due to a fire that broke out at 313@Somerset shopping mall yesterday (Dec 15) night, the staff at Hai Di Lao restaurant were said to have remained composed while selflessly evacuating all diners.

Stomper Sam was enjoying his meal at the hotpot restaurant when he heard a loud bang, followed by a fire alarm.

"I didn't much of it, but after about 10 minutes, the staff calmly evacuated table by table because they did not want to shock the customers or cause them to panic.

"We quickly evacuated along with the rest of the diners. The staff at Hai Di Lao even provided masks and direction."

According to The Straits Times, the Singapore Civil Defence Force (SCDF) said it was alerted to the fire, which involved the contents of a store room inside a shop on the fourth floor, at around 10.25pm.

"On the way to the carpark, it was smokey as depicted in the video I took.

"The whole mall was smokey, as the fire had originated at level 5, according to the staff at Hai Di Lao.

"My family and I might have been hurt, but we are thankfully that everyone is safe.

"Kudos to the staff at Hai Di Lao for not only providing great service, but  for remaining calm and selflessly evacuating everyone in the restaurant!"