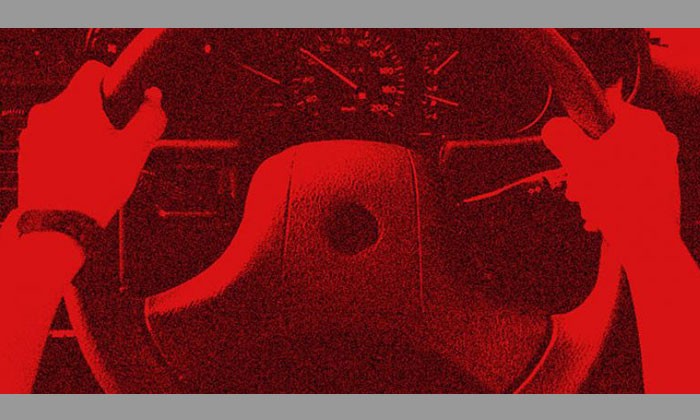 He stole a minibus and went for a 3km joyride.

And then he drove like a speed demon - beating two red lights, speeding as he rounded a bend and even driving against the flow of traffic for about 200m to 300m.

Goh Chin Pang, 29, who did not have a valid licence, eventually abandoned the vehicle, but was arrested soon after.

Yesterday, Goh, a Malaysian who worked as a mechanic here, was jailed for 11 months and fined $800.

He was also slapped with a two-year driving ban, which will take effect after his release.

According to court papers, Goh was out drinking with his friends on the evening of Aug 2.

Later in the night, at about 2.35am, after leaving Orchard Plaza, he passed by Koek Road and saw a white Toyota Hiace minibus parked by the side of the road.

The vehicle's owner, Mr Ahamed Noorulamee, 39, had left the engine running, the door ajar and the hazard lights on while he went to a nearby coffee shop for a drink.

Goh realised there was no one inside the minibus and decided to steal the vehicle.

He got into the minibus and drove towards the junction of Killiney Road and Eber Road, where he beat a red light. He continued driving along Killiney Road and turned into River Valley Road at a high speed, mounting a kerb in the process.

Goh drove towards Clemenceau Avenue, then made a left turn into Penang Road before going back to Killiney Road.

At the junction of Killiney Road and Eber Road, he beat the red light for a second time when he made a left turn onto Eber Road.

He then drove dangerously against the flow of traffic for about 200m to 300m along Eber Road, before abandoning the vehicle and running into a nearby building.

Mr Ahamed had tried to give chase in a taxi but lost sight of the vehicle along River Valley Road and called the police.

The authorities later recovered the abandoned minibus, which had cracks, dents and scratches on the front bumper and left side of the vehicle.

The entire episode was also captured by the in-vehicle camera in the minibus.

Yesterday, Goh pleaded guilty to one count each of theft of the vehicle, rash driving and driving without valid insurance coverage.

One other charge of driving without a valid licence was taken into consideration for sentencing.

Deputy Public Prosecutor Lim Shin Hui said in her submissions that even though the vehicle was recovered, Goh had damaged it and left it with dents and scratches.

She added that Mr Ahamed had to spend around $800 on repairs.

Goh, who was not represented by a lawyer, pleaded for a light sentence in his mitigation.

He also claimed he did the offences while under the influence of alcohol.

For stealing the vehicle, Goh could have been jailed up to seven years and fined.

For rash driving and driving without a valid licence, he could have been jailed up to three months and fined up to $1,000 for each charge.