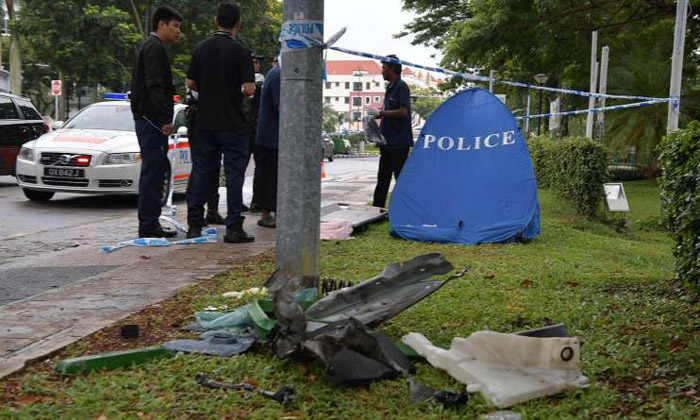 A 25-year-old man died on Monday (Oct 3) morning after crashing his car into a center divider on East Coast Road, opposite Siglap Center.

He is believed to have skidded while travelling towards Mountbatten Road.

According to Lianhe Zaobao, the accident occurred at around 5.20am.

He crashed into center divider and one of the metal pieces pierced through the car and into the driver's chest.

Passers-by rushed to the driver's aid but could not unlock the car door.

The Singapore Civil Defence Force (SCDF) said that the man was trapped in the car and had to be extricated. He was pronounced dead at the scene.

A resident living in a landed home nearby, who wanted to be known only as Alan, told The Straits Times that he was awakened by the noise from the crash.

"I thought a building collapsed. I heard a few bangs and called the police," said the 47-year-old, who works in the shipping industry.

The police carried out investigations for over five hours and his body was released at around 10.30am.

Watch the video below for more details about the accident.