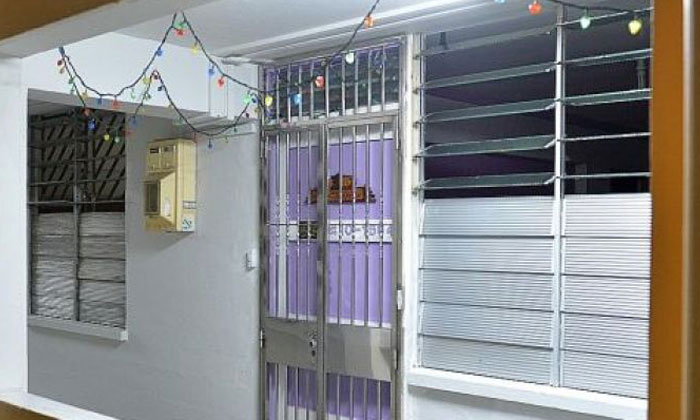 The man was charged in court yesterday morning with voluntarily causing grievous hurt.

He allegedly hurt the boy on Saturday between noon and 8.48pm at a Housing Board flat in Block 160, Toa Payoh Lorong 1.

The boy was taken to KK Women's and Children's Hospital, where he died on Sunday.

The New Paper understands that the hospital called the police after the boy was admitted as they suspected the injuries were not accidental.

The case has been classified as an unnatural death.

A police spokesman said that they were unable to comment on the case as it is before the courts.

Neighbours told The New Paper yesterday that the boy had three siblings.

They said the family mostly kept to themselves but would greet them in the lift or at the corridors.

Their next-door neighbour, Mr Chua Woon Teck, 53, said the family moved into the rental flat about two years ago.

The odd job worker said the couple are in their early twenties and have four children.

He added in Mandarin: "I'm not sure how old they are, but I've seen the eldest in school uniform, and the youngest was always pushed around in a pram."

A Ministry of Social and Family Development spokesman said that Child Protective Service has placed the family's children in alternative care in the interim.

MSF is also working closely with the family and professionals to ensure the children's safety and well-being.

The case is scheduled to be mentioned on Oct 31.

The maximum punishment for voluntarily causing grievous hurt using any instrument, weapon or by means of fire or heated substance is a life term or up to 15 years' jail with a fine or caning.