21 people, including 13 children, from Singapore stranded in Turkey airport 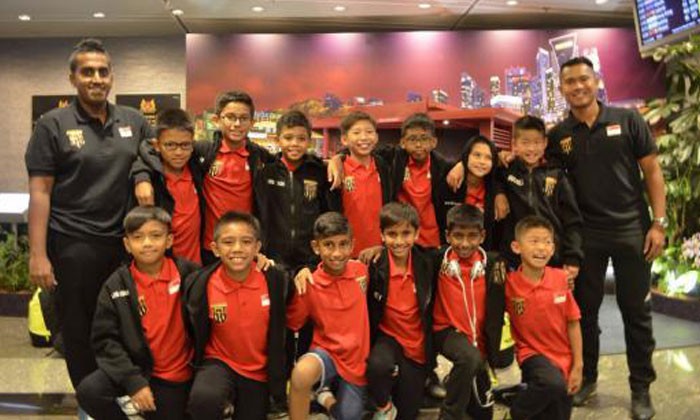 A total of 21 people, including 13 children aged eight to 14, from Singapore's F-17 Football Academy are stranded in Turkey's Antalya Airport following an attempted military coup in the country.

Director of F-17 Football Academy Nabil Yusoff told AsiaOne in a phone interview that the team was on its way to Istanbul for a transit flight to Copenhagen when the coup happened.

Flight TK55, which departed at 10pm on July 15, hovered in Turkish airpace for 1.5 hours during the chaos before a decision was made to land at Antalya instead, he said.

As at 12:30pm on Saturday (July 16), the players, coaches and parents have been stuck at the terminal for more than 2.5 hours.

Due to the uncertainty of the situation, there have been few updates given to the team in Antalya. Not only is there no word on their luggage, there is also little or no assistance provided to them as updates given by airline representatives have so far been in Turkish only.

Ms Radhika Radhakrishnan, a mother travelling with her son and husband on the trip said:"There is no official or anyone here to give us any updates. Neither is there any official communication channel here like an electronic signage or message on TV. Only loads of people from different flights sitting around everywhere."

Another mother on the trip, Ms Lee Suk Houn said: "No one has said anything to us in the five hours we have been here. And (there are) so many people here, who knows when we will be able to get out!"

Attempts by F-17 to reach Turkish Airlines' Singapore office have so far been futile. Information online shows that the Turkish Airlines office on Beach Road is not open on Saturdays.

According to Mr Nabil, the team has been told that they would need to head to Istanbul for their connecting flight when the situation improves.

However, F-17 is hoping to have the team flown out of Turkey as soon as possible as the situation seems to be chaotic and unpredictable.

"We are not getting information and we just want to get the kids out first and foremost," he told AsiaOne.

The children are on a trip to Gothenburg, Sweden to take part in the Gothia World Youth Cup 2016. They were supposed to arrive on July 17 and are scheduled to return home on the 27th.

Earlier this morning, Turkish president Recep Tayyip Erdogan announced that the coup was over and that the "the government is in control", but explosions shootings continue to be seen in Istanbul.

While there were reports that 754 military personnel were detained, news reports stated that some rebel soldiers were still in control of some military assets such as helicopters. At least 60 people have been reported dead in the overnight clashes, AFP reported.

According to The Straits Times, a Singapore Airlines flight SQ392 which was bound for Istanbul turned back to Singapore this morning due to the attempted coup.

The Ministry of Foreign Affairs said in a statement on Saturday morning that it is "concerned about developments in Turkey and is monitoring the situation closely".

"Until the situation becomes clearer, we advise Singaporeans to avoid non-essential travel to Turkey for the time being. Singaporeans who are in Turkey should stay indoors, monitor the news closely and e-register with MFA," a spokesperson said.

Singaporeans who require consular assistance should contact the Singapore Embassy in Ankara or the MFA Duty Office at: