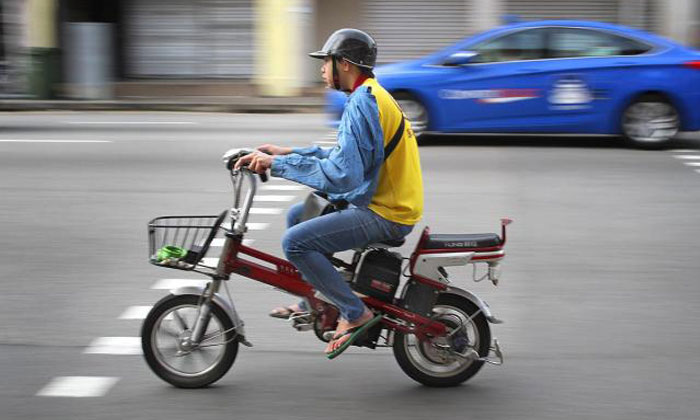 20 electric scooters have been seized by the Land Transport Authority (LTA) for illegal riding on roads.

Under the law, personal mobility devices (PMDs) are not allowed for use on roads.

LTA said in a statement today (Nov 7) that it "has been stepping up enforcement efforts to deter unsafe and reckless riding behaviour by cyclists and personal mobility device users" since May this year.

More than 860 advisories were issued to cyclists, power-assisted bicycles (PABs) users and PMD users who were caught riding in an unsafe manner on footpaths and cycling paths, said the statement.

More than 1,400 notices were issued for using non-compliant PABs between January and September this year.

Most of these users were observed to be travelling at high speeds with devices that can go as fast as 70km/h, which could potentially endanger themselves as well as other road users.

Other offences include riding against the flow of traffic or riding without a helmet.

LTA reminds cyclists and personal mobility device users that they must stay below the speed limits of 15km/h when riding on footpaths, and 25km/h on cycling paths.