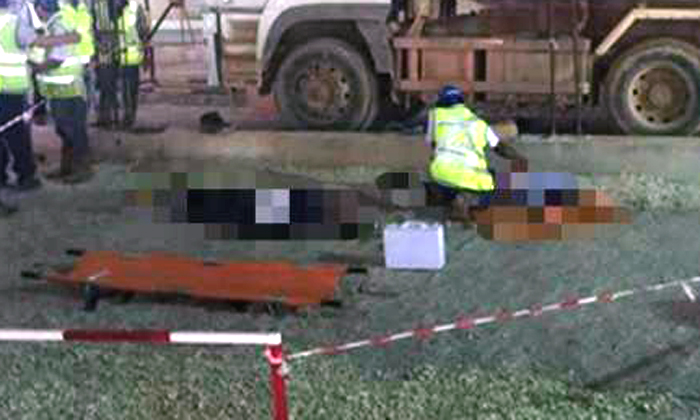 According to a report on The Straits Times, the Singapore Civil Defence Force (SCDF) was alerted to the accident at 20 Lorong Lada Hitam at 1.15pm.

He was taken to Khoo Teck Puat Hospital, and the hospital was alerted to be on standby to receive the patient.

The Straits Times reported that the man in his 40s later succumbed to his injuries.

A Straits Times reader said the workers were taking a nap on the ground when a lorry reversed over them.

"On 3 November 2016 at 1.15pm, the police responded to an accident involving a prime mover and two men at 20 Lorong Lada Hitam.

"A 36-year-old man was pronounced dead by paramedics at scene, while a 47-year-old was conveyed unconsious to Khoo Teck Phuat Hospital (KTPH) when he subsequently succumbed to his injuries.

"A 54-year-old male prime mover driver was arrested for causing death by negliance.