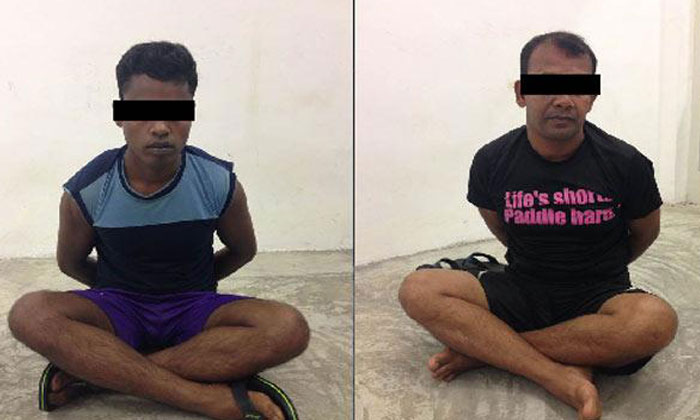 Two men were arrested for entering Singapore illegally, after they were caught swimming in the sea off Woodlands Waterfront in the wee hours of Wednesday (Feb 1).

In a joint operation with the Immigration and Checkpoints Authority, the Police Coast Guard (PCG) arrested the pair after they detected two floating objects in the sea at about 1.44am this morning.

The two male Bangladesh nationals, aged 36 and 37, were intercepted and arrested for unlawful entry into Singapore under the Immigration Act, Chapter 133.

Those found guilty of illegal entry or overstaying face up to six months' jail and at least three strokes of the cane.

The penalties for illegal departure are a fine of up to $2,000, jail of up to six months, or both.