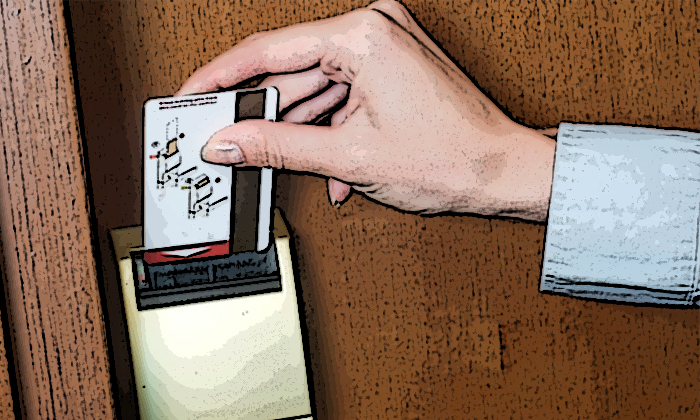 A 19-year-old took a master access card left unattended on a housekeeping trolley at Hotel Boss and used it to enter rooms in search of cash, a court heard.

Muhammad Ikqzuan Ramli made off with 50,000 Indian rupees (S$1,064) and a traveller's credit card belonging to a guest at the Jalan Sultan hotel in March.

On Wednesday (Dec 21), Ikqzuan was sentenced to a stint at the Reformative Training Centre, having earlier pleaded guilty to three out of six charges, including for criminal trespass and misappropriation of property.

A community court heard that Ikqzuan and his ex-girlfriend had booked a room at Hotel Boss at about 4pm on March 24.

They invited their friend Muhammad Irfan Abdul Kahar and his girlfriend Nur Maisurah Eddie Mand to stay with them for the night.

All four checked out of the hotel at about 4pm the next day.

However, Ikqzuan, Irfan and Maisurah returned to the hotel at about noon on March 26.

Ikqzuan used the lift access card that he had obtained on March 24 to get to the 16th floor, but realised that most rooms were locked.

The trio made their way to the 19th floor.

Ikqzuan noticed that one of the room doors had been left open. He went in and searched for cash but stopped when Maisurah dissuaded him.

The trio then left the room.

At about 1.50pm, Ikqzuan saw a master access card left unattended on a housekeeping trolley in the corridor on the same floor.

Irfan took the card and kept it, after being prompted to do so by Ikqzuan.

The duo went to a room on the 10th floor, where they searched through a traveller's luggage and stole from him, while Maisurah waited on the fourth floor.

Irfan returned the master access card to a hotel employee before leaving.

Ikqzuan and Irfan went to change the Indian rupees for Singapore dollars at a money changer before spending the cash on food and cigarettes.

Reformative training is a strict regime in which young offenders are put behind bars for between 18 months and three years.