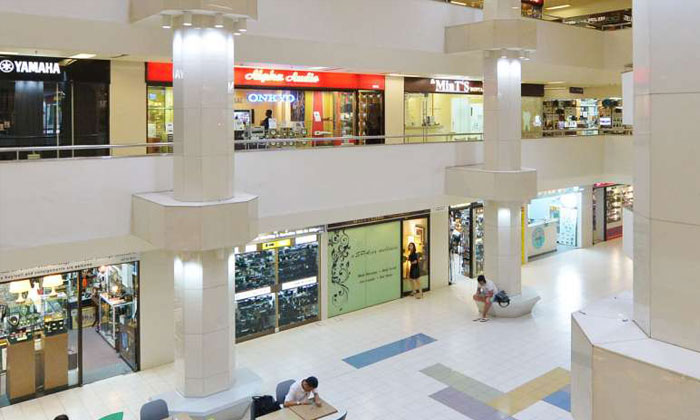 These had sprung up aggressively over the past seven years, mainly in the basement level of The Adelphi, which is in Coleman Street in the heart of Singapore's civic district. The parlours attracted male tourists and well-dressed office workers from the Central Business District.

These seem to have finally been cleaned up permanently following an extensive police raid at the strata-titled building over six days in June. Responding to queries from The Straits Times, the police said at least 13 illegal massage establishments have closed at The Adelphi since then.

The raid was part of the authorities' ongoing operations against massage establishments in Chinatown, Little India, Jalan Besar, Middle Road, Bencoolen Street, Jalan Sultan and Coleman Street between January and July this year.

Excelsior Shopping Centre next door and Fortune Centre in Middle Road were among the buildings that were also raided.

Tenants that The Straits Times spoke to said they welcomed the cleanup at The Adelphi, which is also known as an audiophile's haven.

They said the sex workers, from countries such as Vietnam, Malaysia and China, were clad in tight and revealing attire and affected the reputation and image of the building as well as the city centre at large.

They added that tourists dropping in after visiting attractions and monuments such as the cathedral and the National Gallery could have a bad impression of the city.

To help rebuild The Adelphi's reputation, landlords voted at its annual general meeting last Thursday to pass a by-law to stop illegal and unlicensed massage parlours from renting units.

Details are being worked out. The Adelphi's Management Corporation Strata Title said it hopes the new by-law will prevent the recurrence of such activities.

Mr Bohari Mohammed, 46, co-owner of a vinyl record shop, said the old situation was not conducive for families.

"Customers used to ask me why there were so many women dressed like that. We're running a proper business, so we were somewhat concerned," he said.

Elder Richard Chong of the National Council of Churches Singapore, whose headquarters is located in a corner of the basement level, said the proliferation of such businesses was one reason that made the council think of finding a new location.

Visiting pastors would sometimes get accosted by the women.

Mr J. Lee, 50, who has been working in sales at a basement unit there for the past four years, said some women would pull men into their shops. Others would stand outside their units in states of undress.

He said: "Yes, we are men and you'd think it's something we'd like to see. However, we're here to work. It was difficult to even go to the toilet."

At least six unlicensed massage parlour operators were charged in July for operating an establishment for massage without a valid licence under the Massage Establishments Act. Some 60 massage establishments have also had their licences revoked in the last three years.

A police spokesman said: "The police have been conducting regular enforcement checks at The Adelphi.

"We have always taken a tough stand against illicit activities and will continue to monitor and work closely with the relevant stakeholders to take action against operators of such establishments."