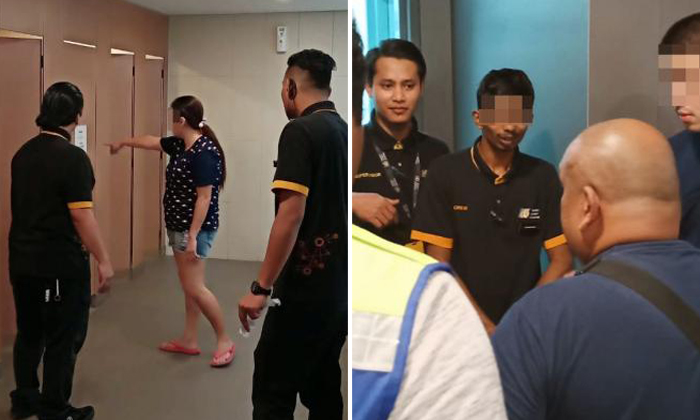 A family trip to Johor Bahru turned sour after a Singaporean woman caught someone secretly filming her in a toilet at Paradigm Mall on Saturday (Dec 21).

Ms Chen, a 42-year-old housewife, told Shin Min Daily News that she and her husband would bring their two sons to the Malaysian city to catch a movie and do some shopping every week.

The family were at Golden Screen Cinema to watch Ip Man 4 at around 6.15pm.

According to Ms Chen, she had gone to the seventh-floor toilet before the movie started.

Three of the four cubicles were occupied, so Ms Chen entered the last one and was shocked when she saw a hand reaching in from the cubicle on her right.

The hand was holding a black Samsung phone and it was recording a video. 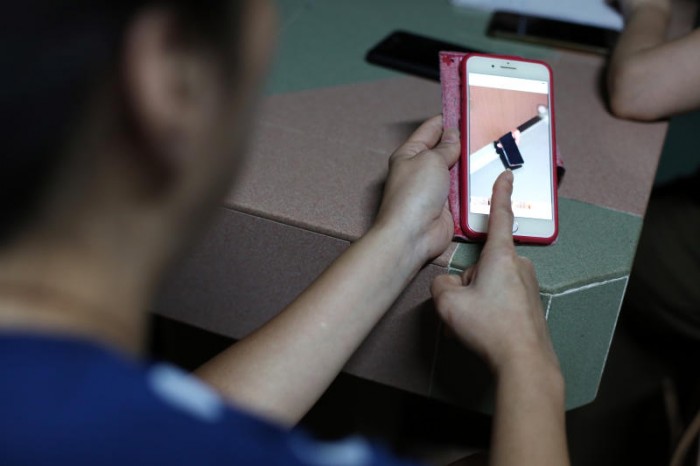 Ms Chen said: "I got a big shock and quickly put on my pants. I told myself that I had to remain calm and not make a sound.

"When I opened the door, I noticed a pair of Singaporean sisters coming out from another cubicle. I whispered to them and informed them that someone was recording a video.

"They were shocked but did not say anything.

"At that time, the pervert was still hiding in his cubicle so I asked the sisters to keep watch and prevent him from escaping while I went to ask for help."

Upon exiting the toilet, Ms Chen immediately shouted for help.

More than 10 people, including cinema staff and security personnel, were drawn to the commotion.

Mustering her courage and now accompanied by her family, Ms Chen knocked on the cubicle and demanded that the perpetrator show himself.

After around two minutes, a bespectacled youth opened the door and walked out. Onlookers swiftly surrounded him.

Ms Chen identified him as an employee of the cinema based on the uniform that he was wearing.

Ms Chen's husband also searched the suspect's handphone but found no incriminating images. It is believed that they had already been deleted.

The 19-year-old, who apparently claimed that he had entered the female toilet by accident, was eventually handed over to the police for investigations and has been suspended from his duties.

Not only did Ms Chen, who went to the police station to record a statement, end up missing her movie and shopping, she also only managed to reach home at around 4.30am the following day.

She added: "I hope that by sharing my personal experience, Singaporean women will be more aware and pay extra attention to their surroundings when visiting the toilet in a foreign place.

"Don't let Peeping Toms have a chance to strike."