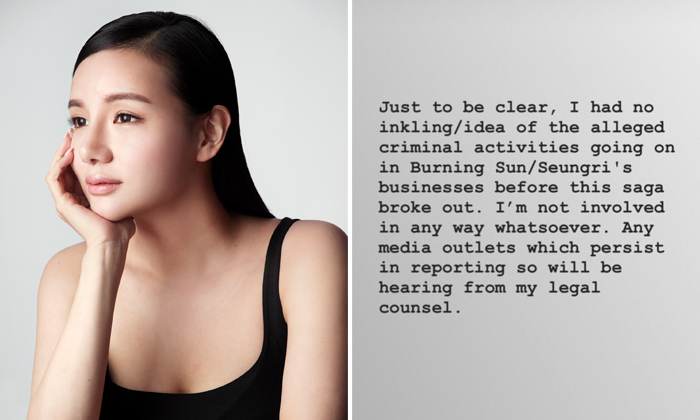 Singaporean socialite Kim Lim has taken to Instagram to deny her involvement in the Burning Sun scandal that has linked K-pop artists to illegal activities such as the taping of women in sex acts, bribery and gambling.

This comes after former BigBang singer Seungri denied in an interview that he had asked his staff to procure prostitutes for foreign investors at nightclub Arena.

The 28-year-old has been booked for providing sexual favours to potential investors of the Burning Sun club.

Referring to one message in particular, Seungri clarified that he was looking only for women to hang out with someone named "Kimmy".

Seungri ​referred to her as the "daughter of a Singapore-born owner of a well-known football club" and a long-time friend of his.

According to The Straits Times, this led many to speculate that he was talking about Kim Lim, whose billionaire father Peter Lim has a stake in Spanish football club Valencia.

On March 23, the 27-year-old socialite posted a series of Instagram Stories to distance herself from the scandal that has seen four K-pop artists retire from showbiz.

According to Ms Lim, Seungri had called and asked her "a few weird questions" some time before news of the scandal broke. 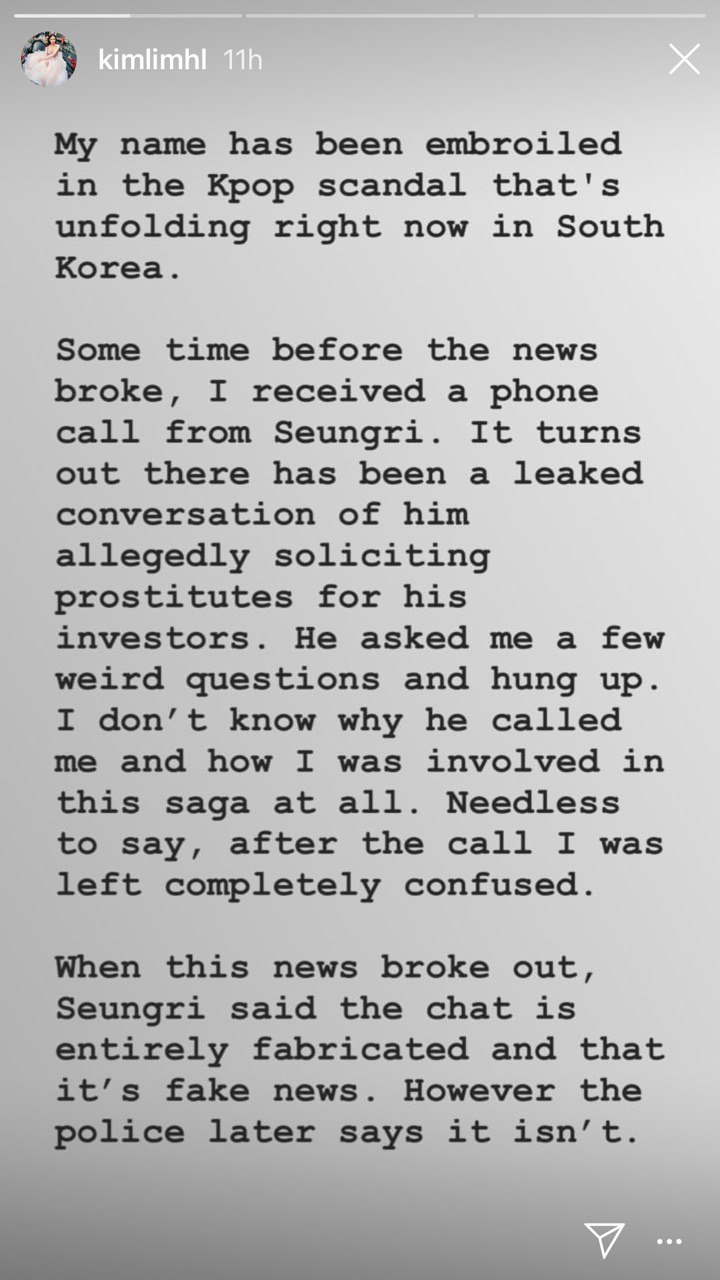 "I don't know why he called me and how I was involved in this saga at all," said Ms Lim, adding that she was left confused by the call.

She also clarified that she had "never asked for 'girls' to party with" during her visit to Arena with friends on December 9, 2015. 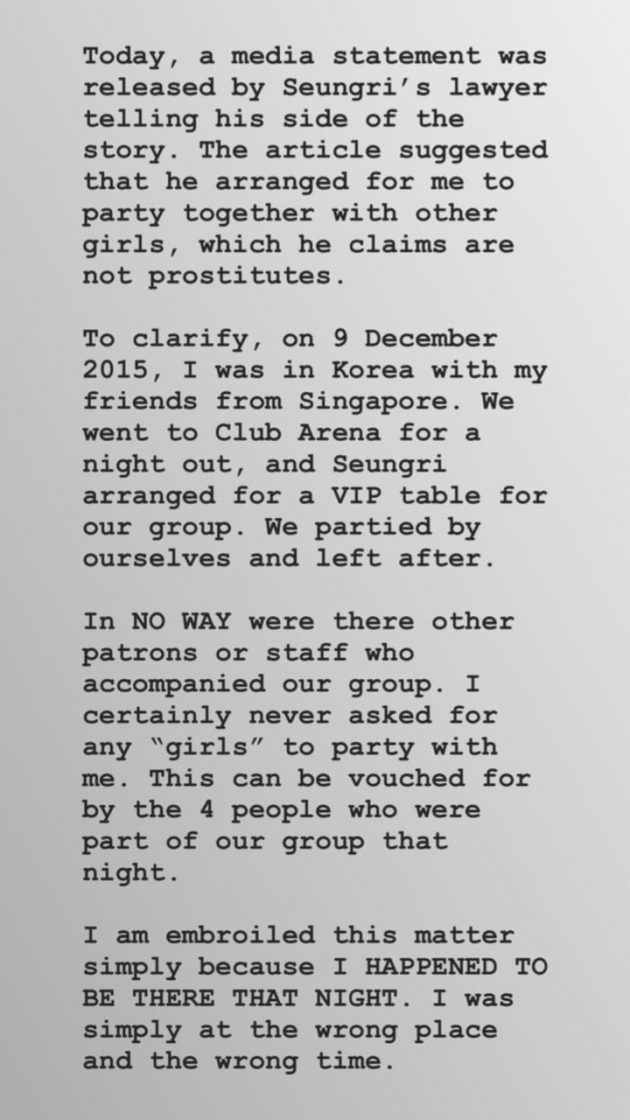 Ms Lim said: "I am embroiled in this matter simply because I happened to be there that night. I was simply at the wrong place and at the wrong time.

"Just to be clear, I had no inkling/idea of the alleged criminal activities going on in Burning Sun/Seungri's businesses before this saga broke out. I'm not involved in any way whatsoever." 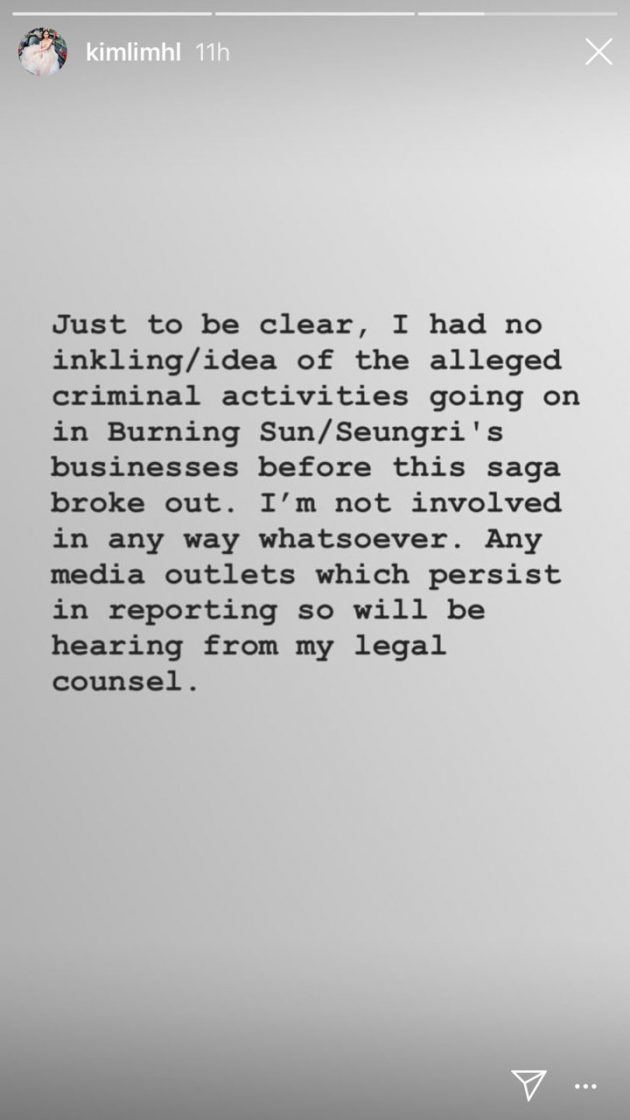 View more photos of Kim Lim in the gallery.