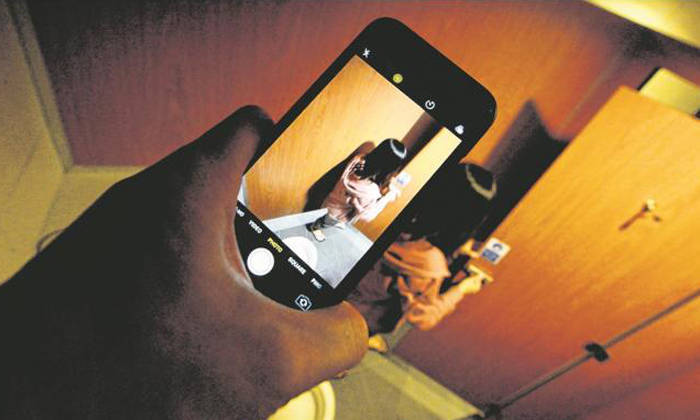 A Singapore Polytechnic (SP) student appeared in a district court on Thursday (March 5) after he allegedly used a mobile phone to take a video of a woman while she was using a toilet on campus.

Chan Wei Lun, 20, is accused of one count of insulting a woman's modesty.

He allegedly committed the offence in a toilet at SP at around 1.30pm on Aug 14 last year.

In a statement, the polytechnic said that Chan has been suspended.

Its spokesman added: "We have provided counselling support to both the student and the victim.

"SP takes a strong stand against sexual misconduct and will not hesitate to mete out disciplinary action against any student found guilty of such behaviour.

"As court proceedings are ongoing, we are unable to comment further."

Chan will be back in court on March 26.

The Singaporean is one of several male students who have been taken to court recently over similar offences committed in schools.

On Wednesday, Tham Heng Yew, 27, was sentenced to 44 weeks' jail after taking upskirt videos of multiple women at places including the Singapore Institute of Management, where he used to be a student.

On Feb 27, three more offenders admitted that they had targeted women in different tertiary institutions and preyed on their victims in toilets.

Vietnamese Pham Nguyen Tuan Anh, 23, was a student at the Nanyang Technological University when he targeted a schoolmate.

Zachary Lim Yong Hao, 18, trespassed into a female toilet at the National University of Singapore and insulted a woman's modesty.

He was then a junior college student and is now waiting to serve his national service.

The third offender, Republic Polytechnic student Tee Ze Qian, 18, followed his schoolmate into a toilet and attempted to insult her modesty.

Tee will be sentenced on March 23, while Lim's sentencing will take place three days later.

Offenders convicted of insulting a woman's modesty can be jailed for up to a year and fined for each charge.