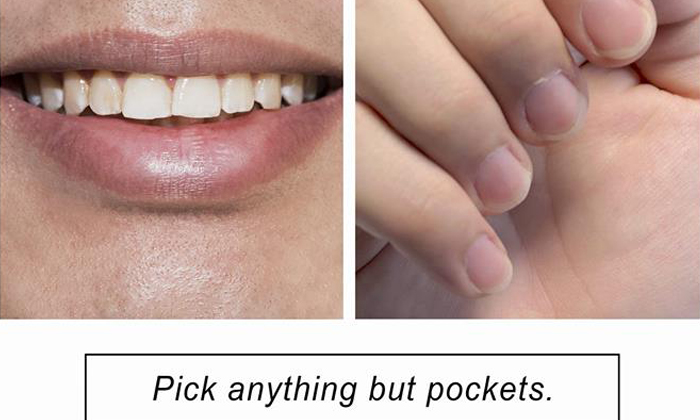 You don't see this often, at least not with a law enforcement body such as the Singapore Police Force (SPF), who has recently upped their social media game much to the amusement of their Facebook fans.

Over the weekend, the police released two tongue-in-cheek posts on Facebook and Instagram, reminding the public to remain vigilant this festive season.

Netizens were not only amused, some even took the opportunity to come up with their own puns and others praised SPF for their sense of humour.

To remind people of pickpockets over the busy Chinese New Year period, SPF posted last Friday (Feb 10) a combination photo of an ear, a nose, teeth and fingers, with a tagline "Pick anything but pockets".

The post has since been shared over 920 times with close to 200 comments from users who seemed rather entertained by the witty post.

In an effort to remind the public of shop theft this Chinese New Year, the police uploaded an image of a policeman chasing after a thief with a can of abalone, with a tagline that read "Stealing abalone? You'll end ab-alone in prison".

The post has since been shared over 1,746 times with over 310 comments. It also seems like the 'punny' ad had triggered some puns from commentators themselves:

AsiaOne understands that the posts were created by the SPF's in-house social media team. So if you thought the police were a bunch of boring officers in blue, po-lease, you might want to think again.

Related Stories
Spotify's "Thanks 2016, it's Been Weird" ad campaign is brilliant
Student's fake commercial is so good he got offered a job
This Norwegian Airlines ad just won the Internet
More About:
funny
ad
police