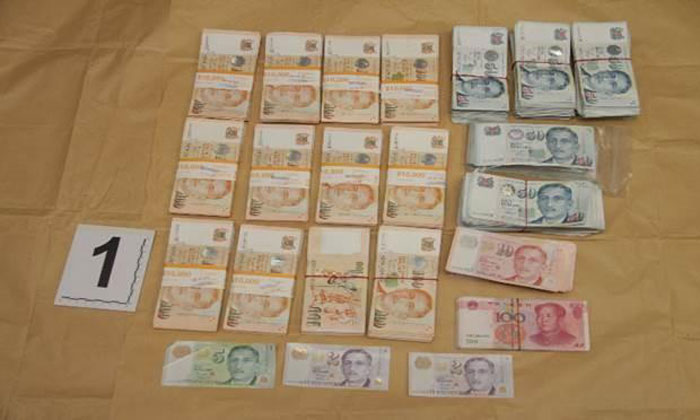 A total of 41 people have been arrested, including 27 Singaporeans, in a joint operation by the Singapore and Hong Kong police to cripple a transnational job scam syndicate.

The syndicate, based in Hong Kong, is believed to be involved in 134 job scams and HK$9 million ($1.56 million) where the suspects would post advertisements on different social media platforms for jobs promising quick cash.

The jobs would require the victims to assist in improving the sales of online platforms, which included Taobao and HKTV Mall.

The victims would subsequently be told to make payments by transferring funds to different bank accounts.

In return, the victims would be promised reimbursements of the full sum with 5 to 12 per cent commissions.

The scammers would reimburse the victims and give them commissions in the initial stages in order to convince them that it was a legitimate job and to induce them to deposit increasingly larger sums of money to earn more commission.

The scammers would then promise commissions only after a certain number of tasks had been completed and would delay payments.

The victims would only realise they had fallen prey to a scam when they did not receive the subsequent reimbursements and commissions.

Hong Kong police arrested 14 core members, comprising of 12 men and two women, aged between 22 and 53, of the syndicate between June 16 and 18.

In Singapore, 23 men and four women, all Singaporeans aged between 16 and 54, were arrested or placed under investigation.

Preliminary investigations revealed that they had allegedly facilitated in bank transfers, fund withdrawals, or had relinquished their bank accounts to the scam syndicate.

Dozens of Singapore bank cards, some cell phones and SIM cards were seized by the police.

Since May 20, the Commercial Affairs Department's (CAD) Anti Scam Centre (ASC) has contacted more than 660 potential victims to advise them of this job scam.

The ASC has also terminated more than 270 phone numbers and frozen more than 80 bank accounts, which were suspected to be linked to this scam variant.

The police advise the public to follow these prevention measures:

The public may also call the Anti-Scam Hotline at 1800-722-6688 or visit www.scamalert.sg to seek scam-related advice.