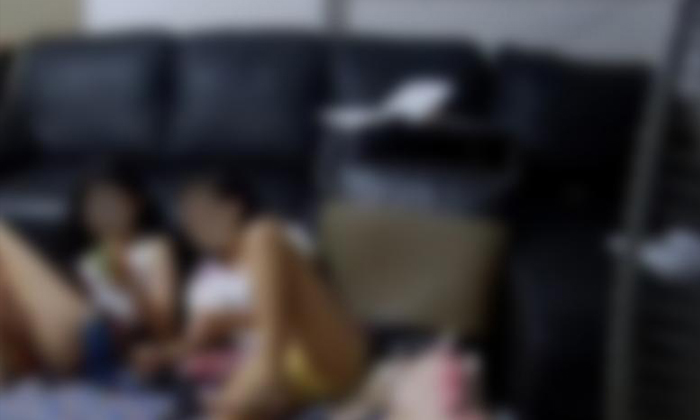 Security cameras in Singapore homes have been hacked, with the footage stolen and shared online.

Clips from the hacked footage have been uploaded on pornographic sites recently, with several explicitly tagged as being from Singapore.

The videos, which can last from under a minute to more than 20 minutes, feature couples, breastfeeding mothers and even children.

Most of them are in various states of undress or compromising positions.

Many faces can be clearly seen in locations such as the living room and bedrooms. Some are seen using the toilet with the door ajar.

In one video, time-stamped March 2020, a teenage girl can be seen in a white T-shirt and panties with school books around her. One of them is an O-level Ten-Year Series book used by students preparing for the exam.

In many videos tagged as being from Singapore, the homes have layouts typical of a Housing Board flat.

The footage appears to be from Internet Protocol (IP) cameras that are common in homes here. They are installed for security purposes or to remotely monitor children, the elderly, domestic workers and pets.

A closer check of the videos revealed that a group dedicated to hacking IP cameras was behind the hacking.

The group, which can be found on social messaging platform Discord, has almost 1,000 members across the globe.

As of Saturday, it has claimed to have shared more than 3TB of clips with over 70 members who paid a subscription fee of US$150 (S$203) for lifetime access.

The victims appear to be from various countries, including Thailand, South Korea and Canada. A 700MB "sample", containing about 4,000 videos and pictures from the hacked footage, is provided free.

A significant portion of the clips seemed to be from IP cameras in Singapore.

The group claims to have a list of more than 50,000 hacked cameras that members can access. It also claims that VIP members will be taught how to "explore, watch live and even record" hacked cameras through tutorials and personalised sessions.

Mr Clement Lee, the solution architect for Asia-Pacific for Check Point Software Technologies, said many IP cameras are at risk as they are typically installed to be accessed remotely via the Internet.

"Hacking of IP cameras is possible if they are accessible from a central cloud service or exposed to the Internet," he said.

"Usually, it is the result of poor password management."

He advises those with such cameras at home to ensure their software is up to date and to avoid using simple passwords.

"Never assume your camera is secure," he said. "The best way to avoid falling victim to hackers is to avoid sharing personal details online."

Criminal lawyer James Ow Yong said that anyone who hacks such cameras will run afoul of the law even if they are outside Singapore.

"The Computer Misuse Act has extra-jurisdictional reach, and applies as long as either the accused was in Singapore, or the computer, program or data was in Singapore at the time of the offence," he said.

Those who share or watch such videos can be prosecuted for offences relating to voyeurism.

He added: "Where the victim is under the age of 16, the material may be considered child pornography, and such offences attract a higher range of sentences.

"We also know that international and regional outfits like Interpol are quite active in finding such offenders."

Mr Ow Yong said those who distribute or sell child pornography can be jailed for up to seven years, fined and/or caned.

Those who advertise or seek such material can be jailed for up to five years, fined and/or caned.

A police spokesman said the public should make a police report if they are aware of anyone engaging in such activities.

The public are advised to take these precautions to secure their IP cameras: