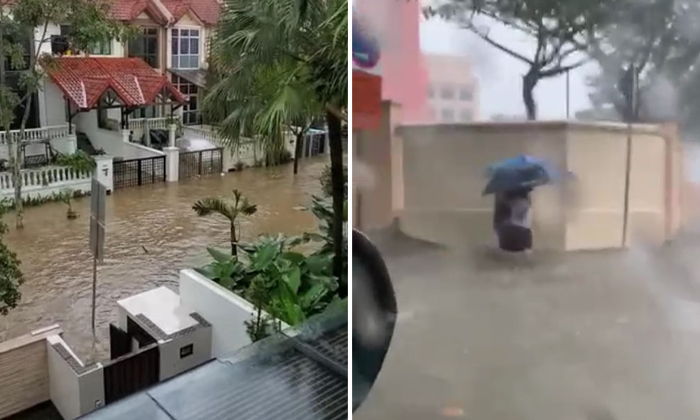 National water agency PUB had said in a post on Facebook to expect heavy rain over northern, western and central areas of Singapore from around 3pm.

It later warned about the risk of flash floods in several locations where water levels in drains and canals had reached 90%.

A video circulating online shows a driver trying to maneuver her car along a partially submerged King's Road and exclaiming how "it's so bad".

"Oh my god, I am very worried about the car now!" she is heard saying.

Rubbish bins and debris can be seen floating in the water, which had reached the approximate height of half an iron gate.

The video also shows two pedestrians trying to wade through the water.

PUB told Stomp in a statement that it issued flood risk warnings for over 10 locations during Tuesday's heavy rain.

A spokesman said: "PUB received feedback from residents at around 3.30pm on flooding that occurred along a 50m stretch of King’s Road in the Bukit Timah area, which is not a flood hotspot.

"We dispatched our Quick Response Team officers who arrived within 30 minutes, but the flooding had already subsided."

A resident in the area told Shin Min Daily News on Wednesday (Nov 10) that flooding is a common occurrence every time it rains.

Mr Lin, who has been living in the estate for 30 years, said the drains were clogged due to fallen leaves and silt that had accumulated over time.

He added: "Workers were only sent down this morning." 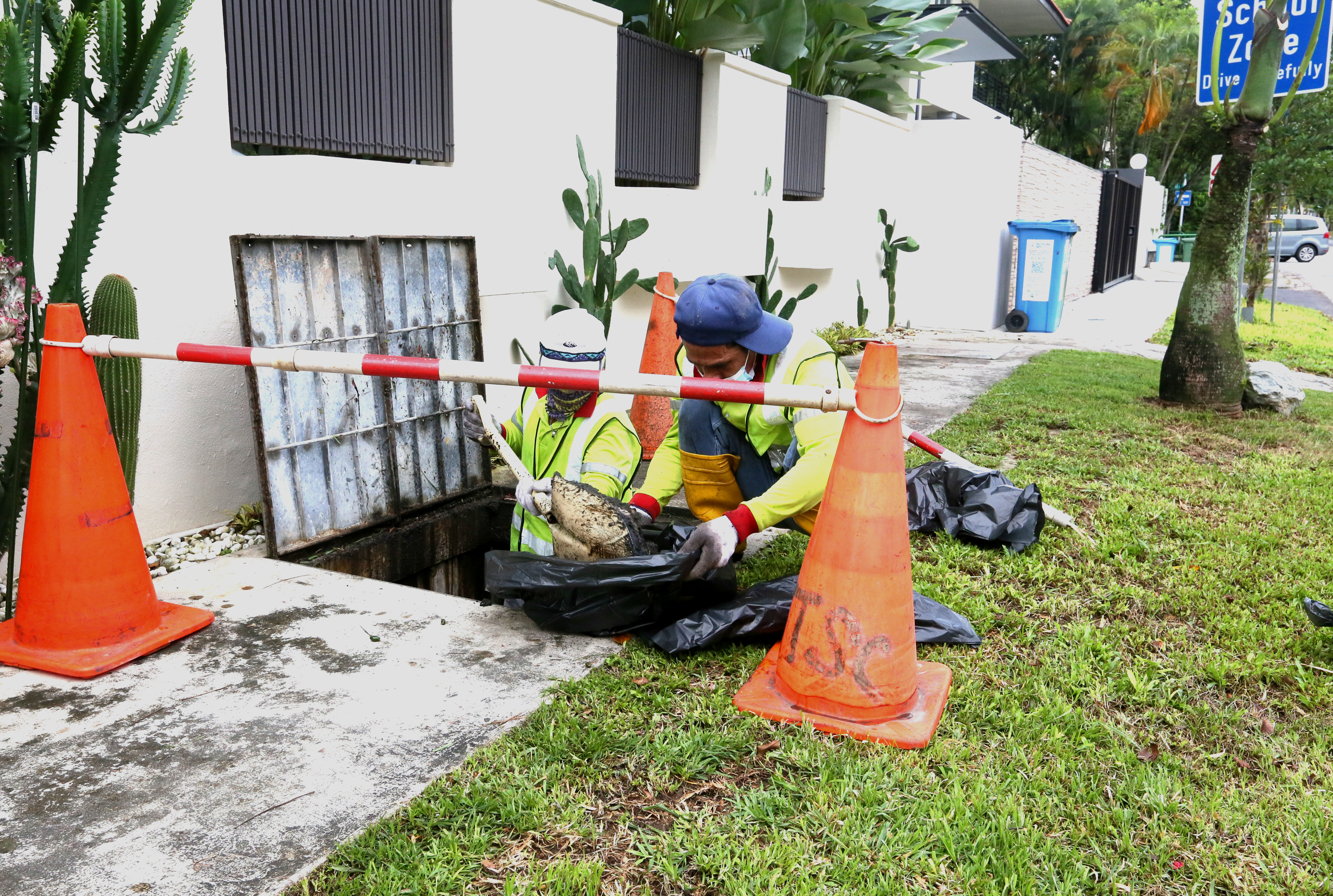 Reporters at the scene on Wednesday morning saw two to three workers cleaning the drains with shovels. Around 10 bags of silt and leaves were dug up.

The PUB spokesman added: "PUB conducted our post-flood investigation and found that the drop inlet chambers along King’s Road and the adjacent Prince Road were clogged with fresh grass clippings.

"These inlet chambers are meant to channel rainwater runoff from the road into the drainage system, and must not be blocked. We assessed that this blockage was the cause of the flooding.

"After the debris in the inlet chambers had been cleared, PUB checked the recent activities in the area and learnt that there were grass cutting works done in the morning on the same day. We are reaching out to the relevant parties to follow up."

According to The Straits Times, PUB is raising a 450m stretch of Dunearn Road to reduce the risk of flash floods. Works are slated to be completed by November this year.

This will be an interim flood-proofing measure before ongoing drainage expansion works in the Bukit Timah area are completed by the first quarter of 2024.

The drainage improvement project to widen and deepen a 900m section of the Bukit Timah Canal will help to address the problem, said PUB.