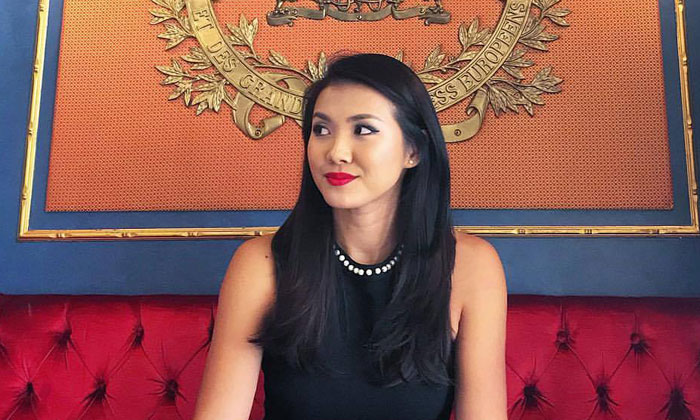 As more women are coming forward with their personal accounts of how movie mogul Harvey Weinstein allegedly sexually harrassed them, the waves of the #MeToo movement have reached Singapore's shores.

Singaporean actress Caitanya Tan has come forward to share her own experience with Weinstein.

In an interview with Ivan Lim in The Pride, she recounts how she met the Hollywood producer on the red carpet at the 5th Asian Film Awards in Hong Kong in 2011.

Caitanya was 24 at the time and on a two-year stint as a host in the Golden Mickeys show in Disneyland.

When Weinstein pulled up in his limousine, Caitanya and her friends were excited to see him, knowing that if they made an impression on him, they could land a role in one of his movies.

She remembered how her heart sank when the producer just shook their hands and walked on.

However, he soon turned back.

According to Caitanya, he asked her if she was an actress.

She eagerly replied that she was, to which he replied, "I have a couple of scripts with me".

This made Caitanya excited...until he told her that the scripts were in his room.

"Wait. What? Room? As in your office?" Caitanya asked.

“He said, ‘No, they’re in my hotel room. Would you like to come up to my room to have a read’?” said Caitanya. “I told him: I want to read your script, but not in your hotel room.”

He then began to walk away but turned back again to ask her if she was sure.

He added: “Do you know who I am? Do you know I can make you very famous?”

His final sentence shook Caitanya who suddenly realised that the stories of women being victims of the casting couch were real.

This was before Weinstein's astounding number of sexual harassment allegations came to light.

Caitanya, who is now 30, was lucky to escape unharmed from the encounter and said that she has not had any similar experiences with producers or directors in Singapore.

However, she believes that sexual harassment is very much alive here from stories she has heard from other local actresses.

Read the full story at The Pride.