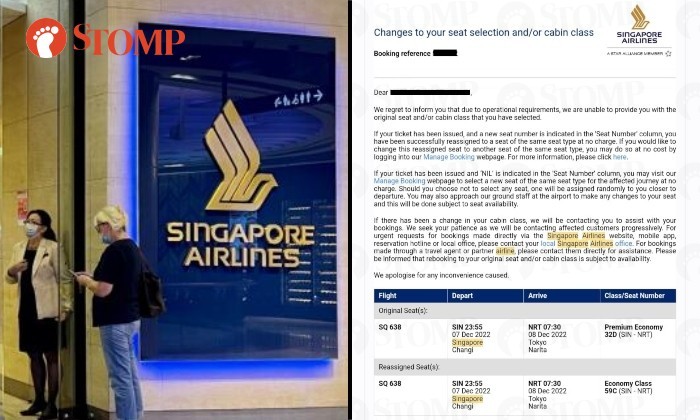 She just wanted a great way to fly.

Stomper Amanda said that in April, she booked premium economy seats for her family to fly to Japan in December.

"On Aug 24, just as the flights to Japan were announced to be available, SIA downgraded our seats from premium economy to economy," recounted the Stomper.

"The call centre did not compensate us.

"When I called to ask multiple times, the service lady who answered agreed to switch our seats. Immediately after sending the e-mail confirming that our seats had been switched, the lady hung up quickly.

"Then I realised she had switched us to an overbooked flight, meaning that there was a high chance we might not be able to board the plane in the first place.

"Understandably, I called back to ask. It was a different service officer who answered and he told me the lady had left and I was not able to reach her. So this officer told me that we should just go wait at the airport and see if we can board the plane.

"How ridiculous is that? I bet they are trying to make us get a refund and purchase the tickets again at a higher price now that the prices have gone up." 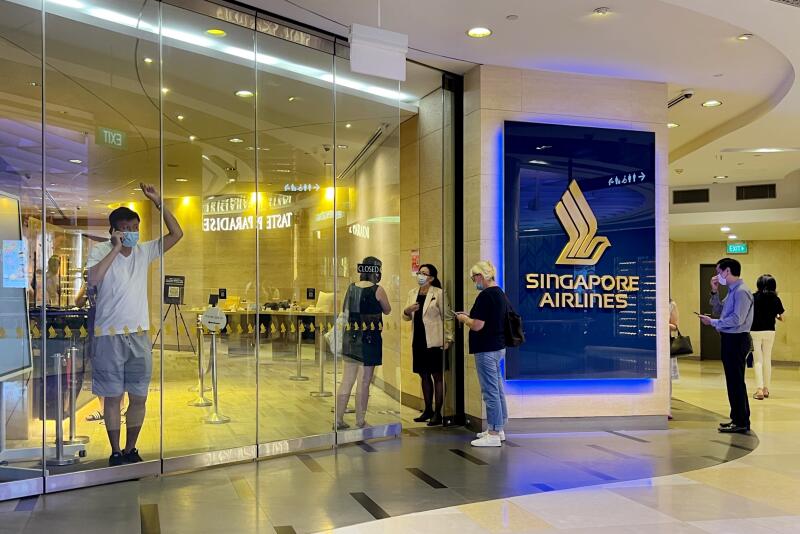 Amanda told Stomp that the next day, she spent four hours waiting at the Singapore Airlines Service Centre in Ion Orchard to get the issue resolved.

"SIA changed our flight to economy class and we secured our seats. They even refunded my miles," she said.

"I feel that the issue was made more complex due to the incompetence of the call centre. I believe that the SIA is a reputable company in Singapore and our nation's pride. They should not be outsourcing to other countries."

In response to a Stomp query, an SIA spokesman said the airline apologises to the Stomper for the inconvenience that she faced.

"While SIA tries to avoid disruptions to its operations as much as possible, these do take place occasionally for a variety of reasons. These reasons could include a change in the aircraft due to operational reasons, technical issues, or adjustments to flight schedules." said the spokesman.

"For flights that are cancelled, either by SIA or due to regulatory reasons, we will work with our customers to either rebook their flight or get a refund for the unused portion of their ticket.

"Our customer service agent has reached out directly to the passenger and assisted in rebooking her.

"We thank her for her feedback, which we will review and use to improve our customer service."