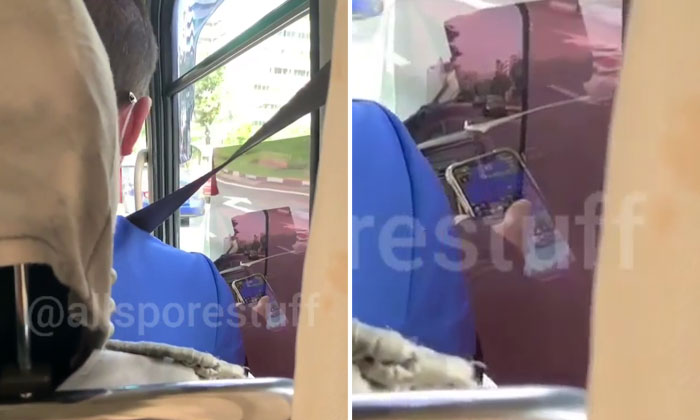 A shuttle bus driver has been removed from all driving duties after he was caught on video playing a game on his mobile phone while driving, service operator ComfortDelGro said in a statement to Stomp.

The driver's actions were seen in a video posted on All Singapore Stuff's Facebook page on April 5.

In the caption, the netizen who shared the video said he was riding the shuttle bus on April 4 from Yishun MRT Station to Orchid Country Club with his son when he noticed what the driver was doing.

I was riding a shuttle bus yesterday from Yishun MRT to Orchid with my boy. I sat behind the driver and notice he was playing a mobile game all along the ride for 10 minutes. Even driving on the curved road, he did not stop! It would not only endanger himself but all the passengers including my boy. I already informed their mgt but didn't hear anything. How can they be so irresponsible?

Posted by All Singapore Stuff on Monday, April 5, 2021

"I sat behind the driver and notice[d] he was playing a mobile game all along the ride for 10 minutes," he said.

"Even driving on the curved road, he did not stop!"

The netizen expressed his concern that the driver was not only endangering his own life but the lives of his passengers as well.

Other netizens shared similar sentiments in their comments on the video. 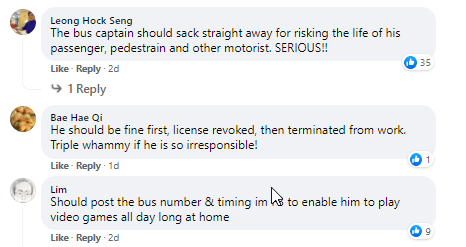 In response to a Stomp query, ComfortDelGro's group chief corporate communications officer Tammy Tan said: "Such unsafe driving behaviour is unacceptable and we have removed the driver from all driving duties with immediate effect.

"We will not hesitate to take stern disciplinary action against him pending the outcome of investigations.

"We are deeply sorry that this has happened."

Related Stories
Driver appealing for witnesses after getting hit by car that sped past him on BKE
Driver narrowly avoids disaster after bus makes right turn without stopping at Piccadilly junction
Woman who knocked over two people at Jurong carpark fined, disqualified from driving
More About:
ComfortDelgro
Bus
driver
dangerous driving