Shopper buys $66 'I PID' tablet as Christmas present, shocked to get children's toy 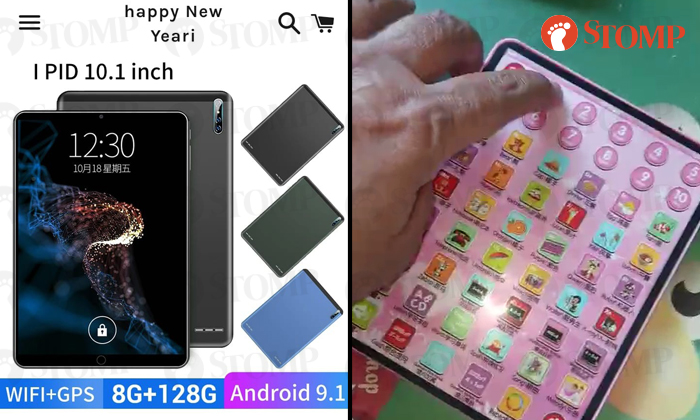 Online shopping can be a risky venture, especially if you are not tech-savvy.

Stomper Anon shared how her friend had purchased a tablet for $66 from e-commerce website Shopify, only to be sorely disappointed upon receiving a children's toy instead. 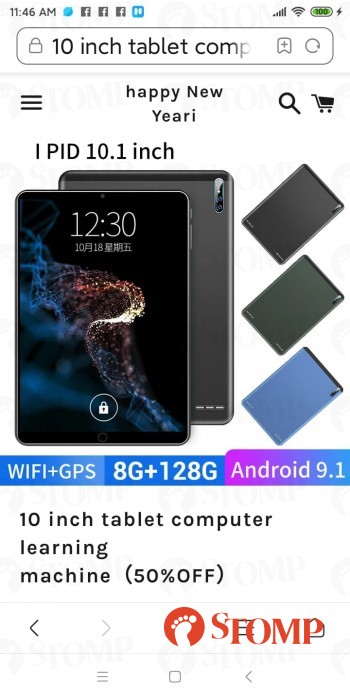 The product listing is no longer available.

Anon told Stomp: "My friend saw an advertisement for the iPad via Facebook and thought of getting it as a Christmas present.

Photos and a video that Anon shared with Stomp show how the item that her friend received was an educational toy for children aged three and above.

It made sounds when pressed.

Anon added: "My friend felt very disappointed and was in disbelief that this had happened to him."

"The reason I am sharing this on Stomp is to create awareness and let everyone know that you should not always trust what you see online."

Related Stories
Man buys pancake mix but gets vanilla extract instead -- and he's not the only victim
Woman shops for clothes online -- but gets 'tiny piece of cardboard' in the mail instead
Man buys $30 ceramic cooker online -- and gets just a photocard of K-pop idol
More About:
online shopping
expectations vs reality
scam