Shopee customer returns 'faulty' dish rack to seller, gets back 'used' table instead of refund 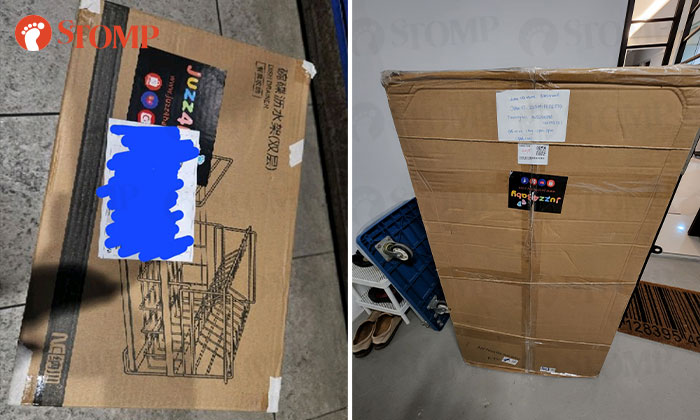 A customer returned a faulty dish rack to a Shopee seller only to later receive a table instead of a refund.

Stomper Jake shared with Stomp that he had purchased a dish rack from Shopee seller @bikesground on July 19 and received it on July 22.

"It was very unstable, hence I requested to return and refund," he said.

"I privately messaged the seller regarding the issue but he then proceeded to block me.

"The seller then rejected the return request and it escalated to a dispute whereby the Shopee team had to step in.

"I provided them with the evidence of the defected item that they requested."

The Stomper shared a screenshot of the seller offering him a $0.01 refund and saying that there was "nothing wrong" with the product and adding that they could not accept the return and refund because he was "feeling not safety (sic)".

"The solution given by the Shopee dispute team was to return the item to the seller."

Jake then returned the dish rack on July 23 and after much waiting, the Shopee team got back to him on Aug 3.

"They concluded that the item is not faulty and released the payment to the seller while sending me back the item," he said.

"On Aug 4, I received a huge parcel from the same seller but it was clearly not the same size as the dish rack I returned.

"After opening the parcel, I soon realised that the seller sent me a used table.

"The seller's contact number was on the parcel so I attempted to WhatsApp him in order to know what was going on.

"I was immediately blocked again, so I tried calling to no avail."

Jake said he has since reported the incident to Shopee who arranged to pick up the item on Aug 10.

"However, until now, they haven't refunded me the money," he said.

"This left me very frustrated by the shopping experience on their platform.

"As a customer, I believe that their system is not effective and poses a great disadvantage to buyers.

"They should improve on this if they want to retain their loyal customers."

Related Stories
Delivery man apologises to Shopee customer for leaving package outside after midnight
Furniture from online seller had 'many defects', 'not up to standard': Customer
Online furniture shop delivers wardrobes at wrong time and leaves them outside
More About:
Shopee
online shopping
bad service