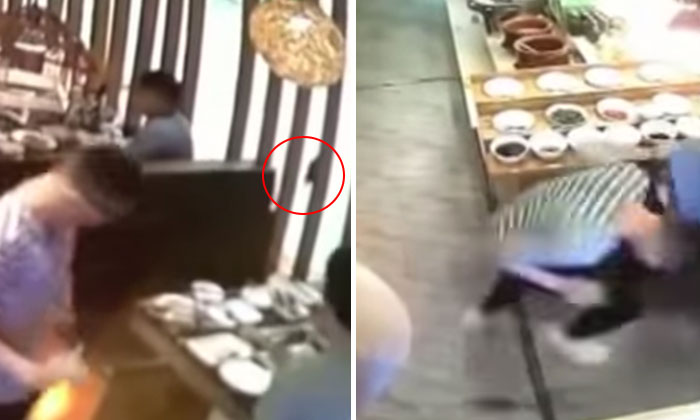 Some diners at a restaurant in Shenzhen, China, had the shock of their lives when a rat suddenly leapt into their hot pot while they were having a meal.

In a video circulating online, the large rodent is seen scurrying up a wooden ledge extending to the ceiling, before making its way down, jumping onto the table where a spread was being laid out.

The rat then took a brief dip in the hot pot soup before running away, according to reports from the local media.

The four diners are seen jumping from their seats after spotting the pest.

They were too disgusted to continue with their meal and later sought a refund from the owner, which he refused, reports Chinese newspaper The Paper.

According to The Star, the owner offered to replace the hot pot stock instead, citing that the rat had already caused him to suffer financial losses.

The diners and the owner then got into a dispute, and the customers gave in, paying for their $60 meal in full.

The owner later told The Paper that he did not think much of the incident as the diners were ‘young and would not mind’.

However, when law enforcement officers visited the establishment, he changed his mind and did a full refund for them.