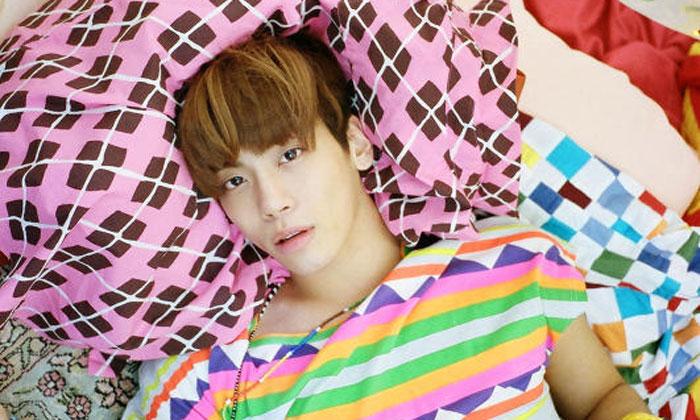 The 27-year-old was found unconscious at 6.10pm Korea time in his Cheongdam-dong apartment located in the upscale Gangnam district.

His sister, to whom he was close, called the police at 4.42pm saying that her brother seemed suicidal.

According to local reports, his final message to his sister was: "It's been too hard. Please send me off. Tell everyone I've had a hard time. This is my last goodbye."

He was taken to a nearby hospital where he subsequently died.

Reports suggest that he died of cardiac arrest from suspected carbon monoxide poisoning.

He was found to have burned a coal briquette on a frying pan which can cause carbon monoxide poisoning in closed rooms.

The police are investigating the incident as a suspected suicide.

SM Entertainment issued a statement on his death on Monday night: "We're sorry to deliver such heart-aching, unfortunate news.

"On December 18, SHINee member Jonghyun left our side unexpectedly.

"He was found unconscious at a residential hotel in Cheongdam-dong, Seoul and was rushed to a nearby hospital but was declared dead on the evening of the 18th.

"The deep sorrow cannot be compared to ones of his family who had to let go of their loving son and brother but the employees and artists of SM Entertainment, also in deep shock and sorrow, are offering condolences.

"Jonghyun was the best artist who loved music more than anyone and always worked hard for his performance.

"It is devastating to deliver such sad news to the fans who gave him great love.

"We ask you to refrain from making rumors or assumption based reports in respect of his family who are in deep sorrow from the sudden news.

"As his family wished, his funeral will be carried out in the quietest manner with his family members and co-workers.

"Once again, we offer our deepest condolence."

The singer had posted an emotional final photo on his Instagram account on Nov 20. The photo had showed lyrics from a song by K-pop indie group Dear Cloud, which read "persistent scars and sighs of exhaustion, will they have stopped?"

Kim made his debut in 2008 as the leader of the five-member group SHINee.

He went solo in 2015 and had just performed two solo concerts in Seoul last week.

Related Stories
Woman killed in crash outside Istana: She had been planning to get married to BF
Man killed in car accident outside Istana was a "safe driver", worked part-time for Grab and Uber
19-year-old model falls to her death in the nude from Kuala Lumpur apartment
More About:
death
k-pop
suicide
entertainment