Shenzhen man cheated of $1.25m by 'teenage' first love, who turned out to be older auntie in disguise 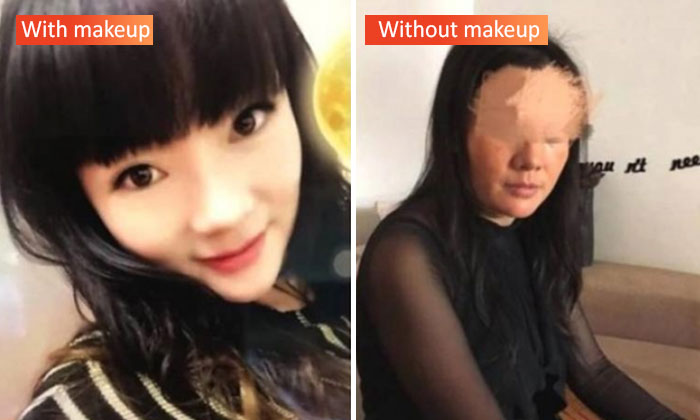 A 42-year-old woman, utilising ungodly makeup skills and photo editing apps, disguised herself as a pretty teenage girl and cheated her boyfriend of $1.25 million.

She later told Mr Li that she was investing in a high return investment scheme, and asked Mr Li to join her, effectively cheating him of $1.25 million.

According to Lianhe Wanbao, Mr Li’s brother, Mr Li Daqing, had filed a police report on March 22 this year, claiming that a significant sum of money had gone missing from his home ever since his younger brother first became infatuated with Wang.

Under questioning by his brother, Mr Le Xiaoqing finally confessed that he had given the money to his new girlfriend for ‘investments’.

Wang also took money from Mr Li, citing a variety of reasons such as needing money for her mother’s hospitalisation fees or bailing out family members who had been detained in casinos.

The police started investigating Wang after the report was made and found out that she was no teenager, but a middle-aged woman born in 1976.

When the police handed Wang’s photo on her identity card to Mr Li Daqing, he could not recognise her.

Mr Li Daqing said that Wang would wear heavy makeup each time she met up with the brothers.

The photo of Wang without makeup looked like a totally different person, Mr Li Daqing was quoted as saying.

A spokesman from the local police said that Wang’s makeup skills were topnotch, and even officers were fooled.

Said the spokesman: "If I hadn’t studied her for such a long time, I wouldn't have been able to identify her at all when I see her in real life."

The officer also revealed that offices had prepared an ambush for Wang once at the entrance of a subway station, but went away empty-handed.

He realised after that that she had slipped away from them right in front of their eyes.

After getting arrested, Wang who hails from Meizhou, confessed to her crimes.

She said that she hid her actual age, as well as the fact that she has a 20-year-old son from Mr Wang Xiaoqing.

As Wang was a gambling addict with no stable income, she had to continually take money from Mr Wang Xiaoqing.

Related Stories
Yan dao Casanova seduces, cheats money from over 10 women before going MIA
Man who acted to be in love with cleaner and cheated her out of $57,000 gets 20 months' jail
Casanova who seduced girls, cheated money now accused of filming himself bedding victims
More About:
scam
cheat
sad
relationship
love
China