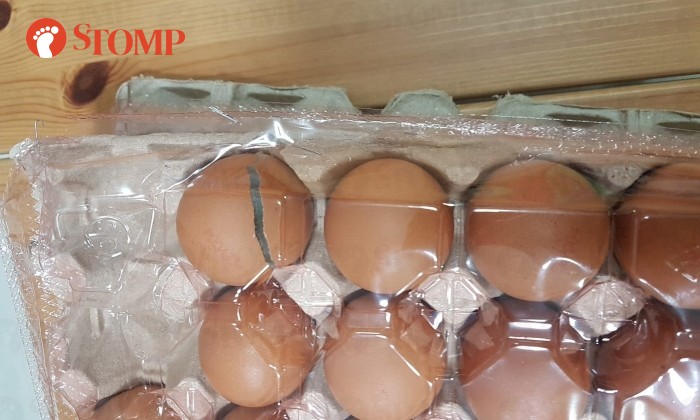 Sheng Siong has responded after a customer found that the eggs she purchased from Sheng Siong Supermarket at Marsiling Mall on August 10 seemed to be 'rotten and inedible'.

Stomper Vivien alerted Stomp to the incident and sent photos of the eggs.

"My father bought two trays of eggs on August 10 and the next day, I noticed a weird, awful smell in our living room but I could not tell where the smell was coming from.

"My helper then told me that a few of the eggs burst and the smell became even stronger.

"So, my husband took one egg that seemed fine on the exterior but had a slight crack to it.

"He cracked it open and I was extremely shocked and disgusted to see a dead embryo chick inside.

Vivien shared that after this incident, she dropped by the same Sheng Siong Supermarket in Marsiling Mall to alert them about what happened. 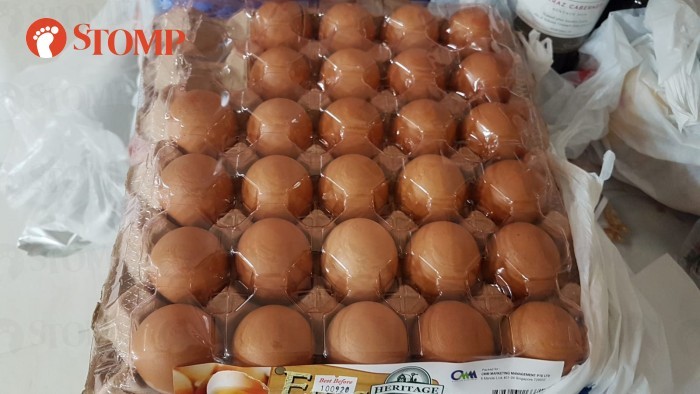 "The manager on duty that day apologised and gave me two new trays of eggs as a replacement," Vivien added.

"My husband and mother ate the new batch of eggs for breakfast, thinking that everything was fine.

"But that night, both my husband and mother started having tummy aches and diarrhoea.

"My mother even vomited twice.

"We soon realised there was an awful smell coming from the new batch of eggs.

"After cracking open some of the eggs, we noticed a dead embryo chick in one of them, similar to the one we found in the previous batch.

"When we returned to Sheng Siong Supermarket for a refund, the manager and two staff members apologised many times and assured us that they will provide feedback to the egg distributor again.

"They also agreed that this is unacceptable as eating the eggs may lead to serious food poisoning."

In response to a Stomp query, a spokesman for Sheng Siong said: "We appreciate that the customer has brought this incident to our attention.

"We have removed the batch of eggs from the affected supplier and have refunded the customer.

"We will work closely with the supplier on the matter."