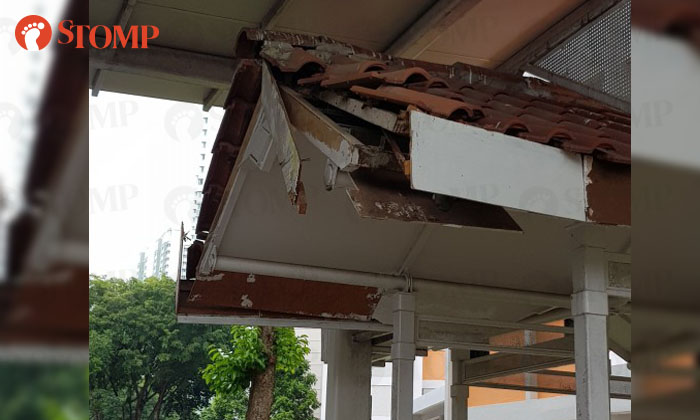 Stomper B was concerned to see a damaged shelter near Block 575 Ang Mo Kio Avenue 10.

B, a resident in the area, took pictures of the shelter on Nov 9 at about 5pm, but said she noticed that the shelter had been in bad condition since mid-October. 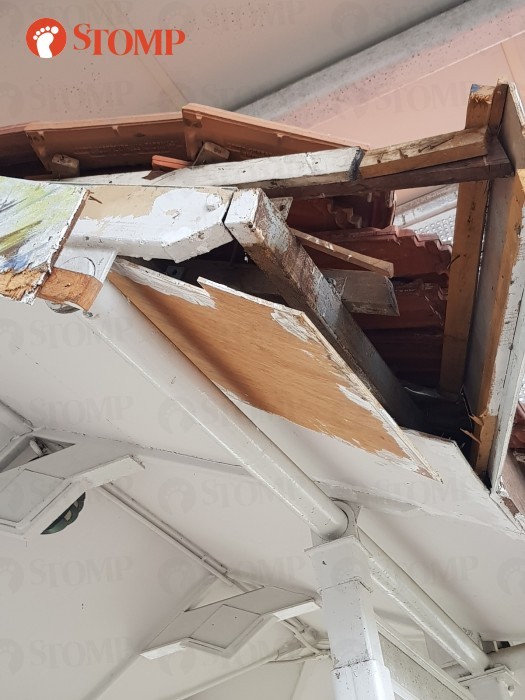 She said: "I am concerned that pieces of the shelter may fall and injure people at the bus stop."

In response to a Stomp query, an Ang Mo Kio Town Council spokesman said: "During our last inspection of this sheltered drop-off point on Oct 26, we discovered a loose signage which was rectified on the same day.

"On Nov 9, we were informed that the shelter had sustained new damage (as indicated in the photos shared by Stomp).

"We barricaded the area on the same day and arranged for repairs which were completed on Nov 12.

"The damage was caused by a collision which we are in the process of investigating."