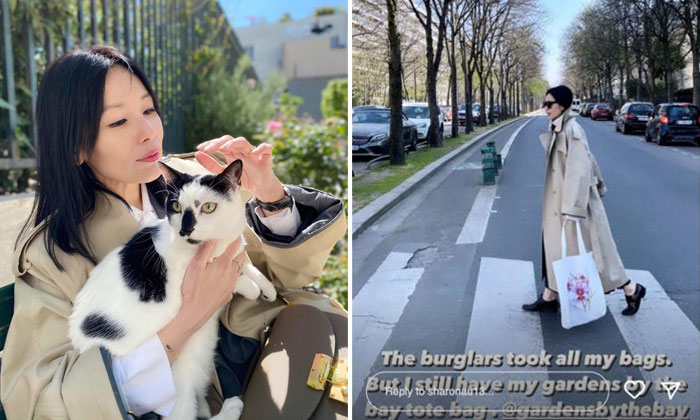 Sharon Au can’t seem to catch a break, it seems.

Weeks after her apartment in Paris was burgled on April 30, the former actress received a glimmer of hope when one of the items stolen – a laptop – was detected at a location in a Paris suburb.

The device's Find My Mac feature indicated its exact location – some 64km outside of Paris.

When the 47-year-old informed the French police, however, they allegedly told her they were “too busy” to follow up and escort her to the location.

Au, who has been based in Paris for the past four years, has been keeping her followers updated on her life since the burglary.

She said the burglars took everything she loved, except her pet cat Rudon.

Following the mishap, Au quit her job in Paris, saying she needed time to heal and re-evaluate her life in France.

On May 16, she posted a photo of herself crossing the road, holding on to a Gardens by the Bay tote bag.

All her other bags were stolen during the robbery, she said. 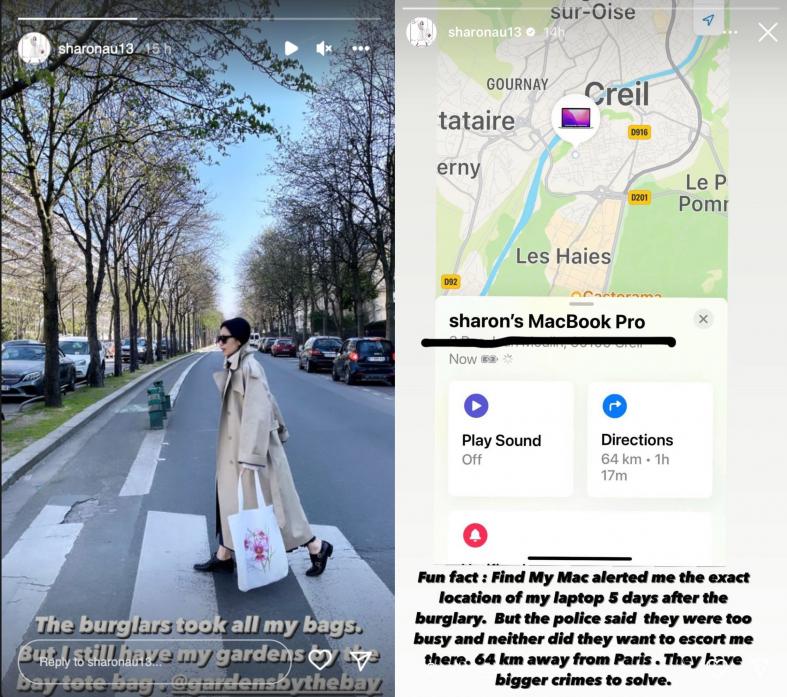 Au also shared on May 16 that she had not been sleeping well due to nightmares, though she did not explicitly link it to the burglary.

Related Stories
Sharon Au quits job after her Paris home is burgled, re-evaluates her life there
Burglars break into Sharon Au's Paris apartment and take 'everything' except her cat: "I have nothing now"
Sharon Au gets 'bao toh' by colleagues in France for contacting them about work after office hours
More About:
celebrity
burglar
Paris
housebreaking
cat