Shanmugam on Platinium Dogs Club saga: "Anyone who has engaged in illegal acts will face the consequences" 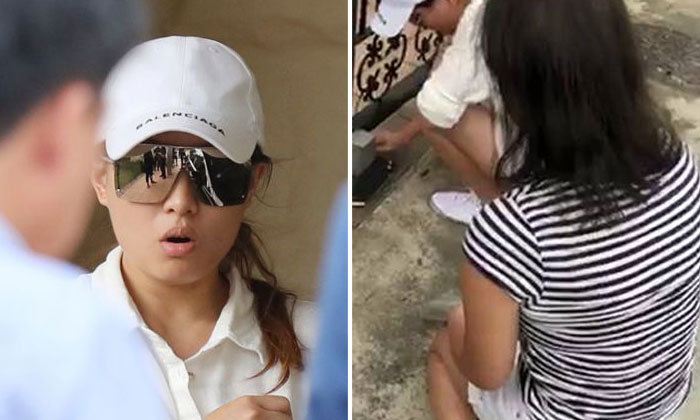 Stomper earlier reported the pet boarding house at Bukit Panjang was raided by authorities on Dec 29 following allegations from owners who said their pets were mistreated while in the facility's care.

Mr Shanmugam posted on his Facebook page on Saturday morning (Jan 5) that the Agri-Food and Veterinary Authority (AVA) and the police have been actively investigating the facility.

He wrote: "Several serious allegations have been made against Platinum Dog Club.

"Singaporeans can rest assured: there will be thorough investigations and there will be due process. Anyone who has engaged in illegal acts will face the consequences.

"There are also allegations that some people, in response, have also acted wrongly, and taken the law into their own hands.

"Those allegations will also be investigated."

Stomp also reported on a group of people who had gathered outside the landed property on Wednesday (Jan 2) demanding information on a missing dog belonging to the leader of the group, Ms Elaine Mao. 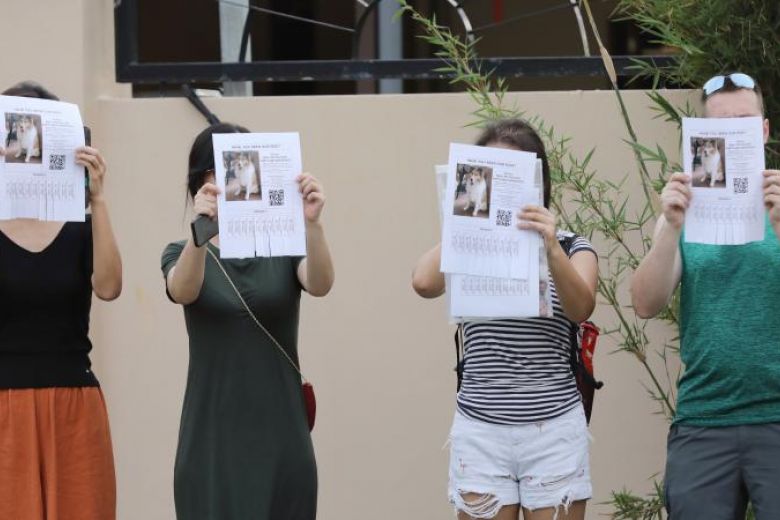 In a video posted on Facebook, Ms Mao is seen getting on her knees and begging Platinium Dog Club's alleged owner, Ms Charlotte Liew, for information on her Shetland sheepdog named Prince.

She had left Prince with the boarding house on Dec 16 but had not gotten him back or received any updates on his condition.

In the video, Ms Liew ignores Ms Mao as she busies herself with opening the property's gate before leaving the premises in a black Jaguar driven by a male companion.

A 40-year-old man alleged he was hit by the car as it was reversing out and was taken to Ng Teng Fong General Hospital.

In a joint statement, the AVA and police said they are investigating the allegations of animal mistreatment against Platinium Dogs Club and the incident on Jan 2 involving the people gathered outside the premises.

AVA had conducted two raids of Platinium Dogs Club's premises on Dec 29 and 31 when a total of 18 dogs and one rabbit were removed from the house.

It said: "AVA takes animal welfare seriously and will not hesitate to take enforcement action against offenders.

"Under the Animal and Birds Act, those who fail in their duty of care towards animals in the course of conducting an animal-related business may face a maximum fine of $40,000 and/or a jail term of two years, if convicted."

On the gathering of people outside the premises on Jan 2, the statement said: "In the afternoon of 2 January 2019, the Police were at the premises when a group of individuals gathered outside.

"Subsequently, the occupants of the premises attempted to leave in a car driven by a man.

"Despite advice by the Police officers to give way for their safety, a 40-year-old man in the group remained in the path of the reversing car as it slowly reversed out of the premises.

"The man later alleged that there was contact and pain in his knees, and was conveyed to Ng Teng Fong General Hospital for outpatient treatment.

"The driver and the group of people, comprising seven women and four men, are currently assisting the Police with their investigations."

It added that their investigations will be thorough and fair.

The authorities advised the public not to take matters into their own hands or to engage in any actions that may violate the law or cause harm to themselves or others.

"The public should also refrain from speculation, and let the investigations take their course," they said.

Anyone who wishes to provide information in relation to Platinium Dogs Club can contact AVA at 1800-4761600.