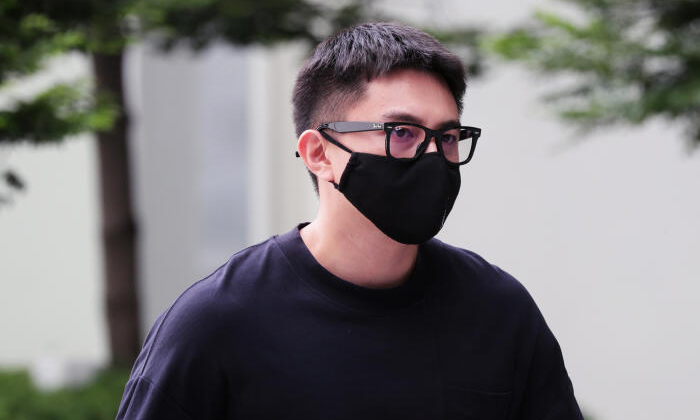 Local actor Shane Pow appeared in a district court on Thursday (April 22) after he was allegedly caught drink driving on Sept 17 last year.

The actor was stopped at around 11.20pm that day, while allegedly driving a van along Java Road towards Nicoll Highway with at least 49 micrograms of alcohol in 100ml of breath.

This exceeds the limit of 35mg of alcohol in 100ml of breath.

According to court documents, Pow was previously convicted on July 30, 2014 of drink driving. If he is found guilty again, he faces a jail term of up to two years and a possible fine of between $5,000 and $20,000. He could also be banned from driving for at least five years.

Pow is represented by lawyer S S Dhillon and will return to court on June 3. He was seen turning up at the State Courts alone and left hurriedly after the hearing.

The Mediacorp actor was first discovered in the Singapore Manhunt finals in 2011 and starred in popular dramas such as When Duty Calls in 2018.

Cao and a male guest identified as Lance Lim Chee Keong were in March charged under the Covid-19 (Temporary Measures) Act.

Eleven of those who gathered were fined $300 each in lieu of being prosecuted due to their lower level of culpability.

The celebrations received flak on social media after pictures of the unmasked group went viral online.