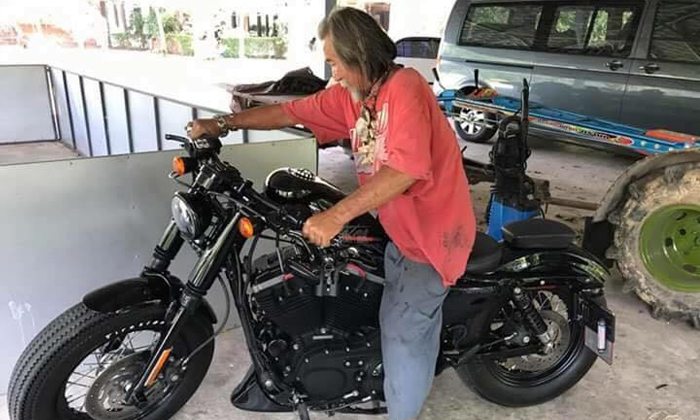 Remember what we are taught about never judging a book by its cover?

An elderly man in Thailand recently reinforced that value when he went around several motorcycle dealerships while dressed in a dirty oversized tee shirt, worn-out plain& pants and slippers.

Because of his attire, salespeople mostly ignored him and barely threw him a second glance, probably assuming that he would never be able to afford anything in their stores.

The man went from one shop to another, until he arrived at one that treated him with warmth and hospitality.

According to Thai Visa via World Of Buzz, the man made up his mind within ten minutes and said, "I’ll have that one!"

Even more amazing was when he then took out 600,000 baht (around S$24,000) in cash and paid for the Harley Davidson motorcycle right on the spot.

The man has been identified as Lung Decha, an honest and diligient mechanic who has partially retired from work. He does not smoke, drink or gamble.

Instead, after working hard for his whole life, he decided to use his savings to get his dream bike.

The previous salespeople who rejected him must be feeling the ache now.