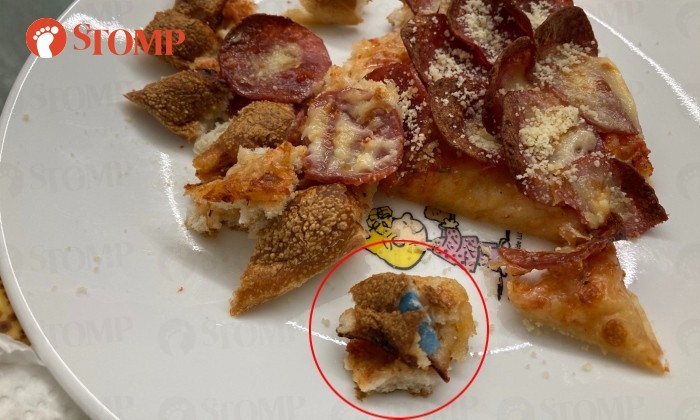 The Singapore Food Agency (SFA) has taken enforcement action against Pezzo after an inspection found that they had failed to keep their equipment in good repair.

The inspection was conducted following feedback from a customer who found a foreign object embedded in his pizza.

Stomper Woon bought two pizzas from Pezzo's Causeway Point outlet on Sep 28 at 1.28pm and was shocked to find what he believed was a silicon glove tip in one of his pizza slices.

He sent photos of what he saw to Stomp. 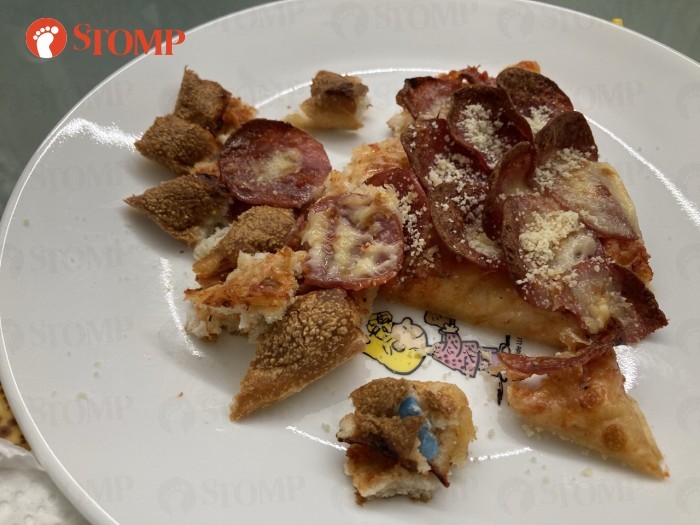 "I bought these Pezzo pizzas from Causeway Point," Woon said.

'When I was about to eat it, I noticed a foreign matter inside my pizza.

"I was disgusted when I realised it was actually a silicon glove tip.

"I kept the pizza as evidence and informed SFA about what happened."

In response to a Stomp query, SFA said that the food establishment was inspected upon receiving feedback from a member of the public.

"This could be an isolated incident as no other similar feedback was received," said an SFA spokesman.

"Nonetheless, we have instructed the food establishment to ensure that their food handlers are vigilant when preparing food and that the food they sell is suitable for consumption at all times.

"We have also taken enforcement action against the licensee for failing to keep their equipment in good repair."

SFA added that food safety is a joint responsibility and while regulatory measures are put in place and enforced by SFA, food operators must also play their part by adhering to good food hygiene and preparation practices.

"Members of the public who come across any potentially errant food operator should report to SFA via the online feedback form (www.sfa.gov.sg/feedback)," said the spokesman.