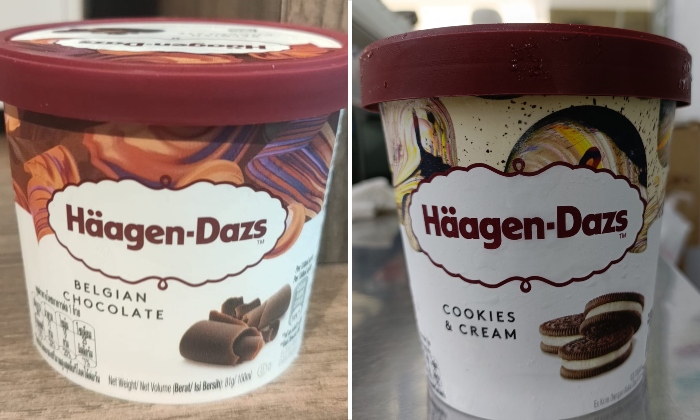 Two products of popular ice cream brand Haagen-Dazs are being recalled because of the presence of a pesticide, said the Singapore Food Agency (SFA) on Friday (Aug 5).

This comes after a similar recall of two other Haagen-Dazs products last month over the same pesticide, ethylene oxide.

The affected products were the pint and Classic Collection Mini Cups versions of the ice cream.

All the products under both recalls were imported from France.

The latest recall comes after the European Commission Food Alerts' Rapid Alert System for Food and Feed issued a notification for recall for both flavours, due to the presence of ethylene oxide.

Ethylene oxide is not authorised for use in food.

SFA said: "Although there is no immediate risk to consumption of food contaminated with low levels of ethylene oxide, long-term exposure may lead to health issues.

"Therefore, exposure to this substance should be minimised as much as possible."

According to a report from the United States Environmental Protection Agency, long-term exposure to ethylene oxide in humans can cause irritation of the eyes, skin, nose, throat and lungs, and damage to the brain and nervous system.

Exposure to ethylene oxide increases the risk of cancer, according to the same report.

SFA said consumers who have bought the affected products should seek medical advice if they have eaten the products and have health concerns.